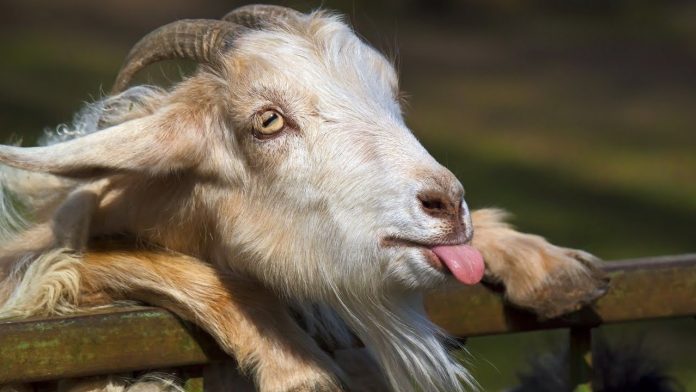 Romanian officials are trying to find a new home for two dozen goats.

The animals were taken away from their owners, who are under arrest, and they are currently stranded on a hill in remote eastern Romania.

Law enforcement agents whose job is to seize assets obtained through illegal activity are urgently looking for someone to step in and look after the herd before they are auctioned off under ‘the proceeds of crime’ law.

It’s an unusual item for the National Agency for the Administration of Seized Assets which is accustomed to handling luxury cars, timber or even the odd bus. The assets are confiscated from convicted criminals, registered and then auctioned  to the highest bidder.

But the latest ‘ill-gotten asset’ is giving officials a headache.  Before the goats can be auctioned, they need to be fed, checked by a vet and temporarily looked after until someone buys them.

The goats aren’t within easy reach either. They are currently wandering on a hill near the Black Sea in an area where there isn’t any electricity.

“The owners have been arrested and we have to sell them. Do you know what we’ve done this past week? A team has been sent to Constanta to find someone to look after them before we sell them,’’ agency director Cornel-Virgiliu Calinescu was quoted as saying on Friday by Hotnews.

The animals, which are worth 300 lei (about 62 euros) a head, were apparently gained by their owners in the course of their unspecified criminal activity.

The agency aims to confiscate ill-gotten assets and put them up for sale to disrupt the cycle and discourage further offenses.