Police have detained a doctor and a medical clerk on suspicion that they fraudulently carried out abortions, and in the case of the medic performed an abortion on a teenager who was five months pregnant.

A doctor and three others at the Ilfov Emergency Hospital in Bucharest are being investigated for fraud and embezzlement.  The doctor and a clerk were detained late Wednesday.

Police said they falsified documents, pretending patients were being admitted for other reasons, and performed terminations without giving the women receipts. The doctor and the clerk then allegedly pocketed the money themselves.

The hospital then got money from the National Insurance House for the procedures they claimed to have carried out.

The health ministry on Thursday asked the National Insurance House to urgently do an audit of the hospital’s books. Police from the criminal investigation department removed documents from the hospital. Investigators say they found a large number of false patient admissions.

They said medics carried out a number of terminations, charging between 290 and 340 lei per case but did not give patients a receipt.

“The money went straight into their pockets,” said one investigator, quoted by Pro TV.

“They invented various diagnostics for the patients who were admitted which the patients didn’t know about, and embezzled significant sums of money.”

Public hospitals in Romania charge for abortions but not for other procedures such as a miscarriage.

As well as the alleged fraud, the  doctor, who wasn’t named, is also being investigated on suspicion that he performed an illegal abortion on a 16-year-old who was 5 months pregnant. Romania allows terminations up to 12 weeks and minors need the consent of a parent or guardian.

Catalin Mircea Laza, who was appointed manager three months ago, declined to comment and said he was conducting an internal inquiry.

Earlier this year, the hospital was the focus of an inquiry after police discovered an unlicensed doctor working there. 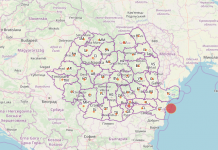 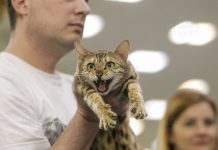 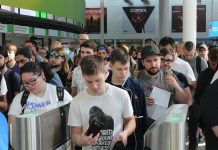