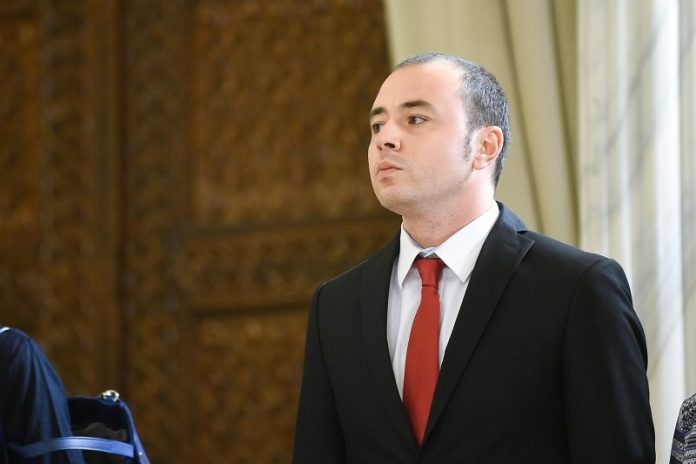 Romania’s Parliament on Wednesday approved Andrei Muraru, a presidential adviser and historian who spoke publicly about Romania’s role in the Holocaust, as the country’s next ambassador to the United States.

Mr Muraru is probably best known in Romania for his efforts to make communist officials accountable for crimes they committed 50 years earlier.

He said he was confident that Romania would enter the U.S. Visa Waiver program by 2024, the year the Romanian President Klaus Iohannis leaves office.

“We know full well the vulnerabilities we have and at the same time the limits of the current legal inflexibilities in the U.S.,” he said Wednesday after a hearing.

“We will soon know the reasons which have led to some people having short-stay visas to the U.S. refused. We will undertake a public awareness campaign as Foreign Minister Bogdan Aurescu already announced.”

Romania has been trying for 16 years to enter the program, which allows for 90-day visits for business or tourism. The program is seen as a facilitator for trade.

Romania’s entry into the program has been held up by the requirement that visa refusals be under three percent. There are currentlye 39 countries in the visa waiver program.

Mr Muraru was appointed head of the Institute for Investigating the Crimes of Communism in  2013. He broke new ground by exposing the brutality of communist-era prison commanders, Alexandru Visinescu and Ion Ficior against political prisoners in the 1950s and 60s.

Both were eventually prosecuted and convicted of crimes against humanity, the first prison guards to serve prison sentences in the East European country.

The nomination of the 38-year-old to what is the most important diplomatic post abroad is a sign that President Iohannis is looking beyond having an ally in Washington, and wants fresh blood and a new generational approach to Romania’s foreign policy.

The post was formerly held by George Maior, the former head of the Romanian Intelligence Service. He will now take up a new post as Romania’s ambassador to Jordan.

Mr. Muraru, who was only 7 when communism ended, is from a young generation that was free of the entanglements of the communist era, which is likely one reason for the pick.

He has also been at the forefront of efforts to shed light on Romania’s role during the Holocaust, which remains a difficult issue for many to confront.

Mr Muraru leaves his post as adviser to the president on relations with Romania’s civil society.

He is considered is a rare voice who promoted discussion about the horrors Jews and Roma were subjected to during the Holocaust under Romanian leader Marshal Ion Antonescu.