President Klaus Iohannis welcomed the Prince of Wales at Cotroceni Palace on Wednesday, May 25th.

According to a release by the Presidential Administration, the president conveyed  his congratulations to His Royal Highness on the occasion of Her Majesty Queen Elizabeth II’s Platinum Jubilee.

„The President of Romania stressed the role of a binder of the bilateral relationship played by the Romanian community in the UK, well integrated and bringing a positive contribution in the essential sectors of the British economy and society”, stated the source.

Regarding the serious security situation generated by Russia’s aggression against Ukraine, President Klaus Iohannis informed Prince Charles about the aid granted by Romania to Ukraine and the Ukrainian refugees, including the coordination, through the humanitarian hub in northeastern Suceava, of the support efforts of several states for the benefit of Ukraine.

The Presidential Administration also states that the president appreciated the dedication and involvement of the Prince of Wales in promoting biodiversity and the Romanian countryside, as well as in charitable activities in our country. In this context, President Klaus Iohannis discussed with HRH the Prince of Wales about solutions for limiting the effects of climate change and for biodiversity conservation, applicable in Romania, the United Kingdom and internationally, underlining Romania’s commitment to achieving European climate change objectives.

The president stressed that the financing of green projects, afforestation of degraded land and the reconstruction of habitats are priorities set out in the National Recovery and Resilience Plan, with substantial financial allocations.

President Klaus Iohannis and Prince Charles also discussed the desirability of developing education projects on climate change, aimed at increasing awareness, but also to prepare the young generations for the green jobs, available on the labor market, capable of generating sustainable economic growth.

Charles, a patron of many charities, has been visiting Romania since the late 1990s and has frequently visited Romania, where he is a popular figure. The Prince of Wales last visited the country in 2019, before the pandemic struck. 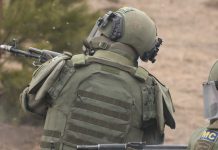 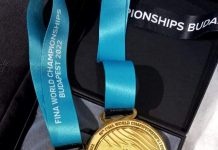 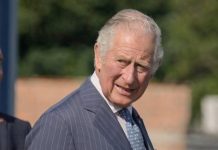