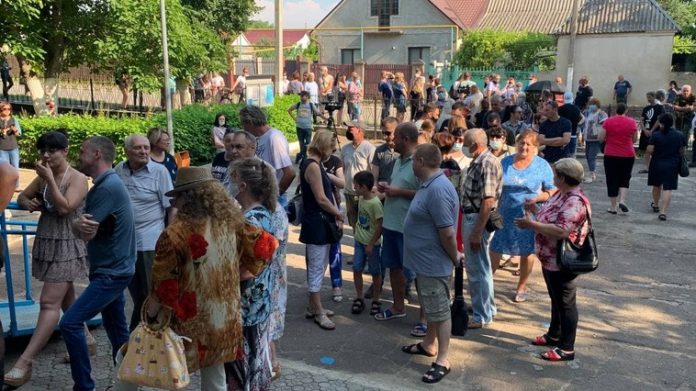 A party seeking closer ties for Moldova with the European Union has won a clear majority in snap parliamentary elections, according to near final results Monday.

President Maia Sandu who sought to gain a parliament made up of pro-EU reformists in the former Soviet republic called the ballot in April.

She hoped to win a majority in the 101-seat chamber to push through reforms she says were blocked by allies of her pro-Russian predecessor, Igor Dodon.

With 99.63% of ballots counted early Monday, only three political forces managed to meet the parliamentary threshold, the results showed.

The pro-reform Party of Action and Solidarity had 52.6% of the vote. Its main rival, the Socialists and Communists bloc had 27.3%.

The president, a former World Bank economist, who founded PAS has promised to tackle widespread graft, raise living standards in Europe’s poorest country and move closer to the European Union.

“ People must soon feel the benefits of a clean parliament and a government that actually care about the public’s problems.”

Moldova signed an association agreement with the EU in 2014 to forge closer ties, but a lack of reform, cronyism and corruption have stalled development in the former Sovier republic.

The former president is currently leader of the Socialists which campaigned on traditional family values and an aversion to developing closer ties with the West.

Mr Dodon said Sunday’s vote could decide “whether there will be peace and order in the country or permanent conflict and chaos.”