You’ve heard of fake news. What about phony scientific research?

Romanian media reports that that’s the case with Russian researcher Alexei Umnov-Denisov who was banned from Romania this week ahead of conferences where he was to present the theory that Romanian is not a Latin-based language and Romanians are descended from Slavs.

The claims have a political rather than an academic aim, part of a narrative used by Russian propaganda to weaken the links between Romania and the West, media reported.

Umnov-Denisov landed at Bucharest ahead of a conferences, including one at the Russian Center for Science and Culture on the Slavic roots of the Dacians, the forefathers of the Romanians.’

He would have presented his Pan-Slavic thesis, which claims Romanian is not a Latin language.

But he was not allowed past the border and was put on a plane and sent back to Moscow, G4media reported.

The Russian embassy criticized what it called “artificial obstacles put in the way of developing scientific Russian-Romanian links by stopping a researcher at the border.”

Romanian is a Latin-based language, with other linguistic influences. About 10 percent of words are of Slavic origin, linguists say.

What makes the language unusual is geography. Romania is surrounded by countries where they speak a Slavic language, such as in Bulgaria, or Hungarian, a Finno-Ugric tongue.

The embassy said the ban meant that  an event at the Vasile Parvan Archeology Institute in Bucharest and the Andrei Saguna University in Constanta were canceled, Radio Free Europe reported.

His theses have already been published on various Romanian sites that promote anti-Western propaganda.

Romanian is a Romance language like French, Spanish, Italian and Portuguese. Linguistically, it is  considered and eastern Romance language, spoken in Romania and Moldova. 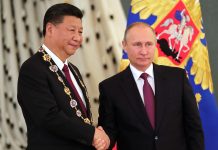 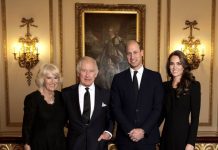 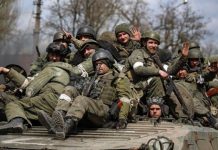