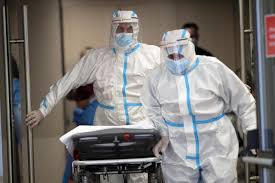 Romania on Tuesday reported a record-high number of Covid-19 deaths in a single day.

Its neighbor Bulgaria reported more than 200 deaths over a 24-hour period this year, and the second highest single-day rate ever.

The Strategic Communication Group in Bucharest said 237 patients had succumbed to the virus since Monday. Previously, the most deaths in a single day were 213 deaths on December 8.

Despite the high death count, the number of new cases has come down after restrictions were enforced in the hardest-hit areas. On Tuesday, Romania posted 2,931, the lowest weekday figure in weeks.

The number of Covid-10 deaths in Bulgaria was also high on Tuesday, with 217 fatalities of SARS-CoV-2 patients in the past 24 hours, the most deaths in a single day this year.

Bulgaria has  the second-highest mortality rate in the EU in the last two week with 245.7 deaths per one million inhabitants, according to the European Center for Disease Prevention and Control.

The Balkan country of 7 million has registered 15,500 deaths since the pandemic began.

Despite a rise in Covid-related deaths in recent days, the number of new cases had steadily fallen, as it has in Romania.

Bulgaria has been reporting about 2,000 new cases a day compared to 4,000 at the beginning of April.

The number of hospitalized patients has come down from 10,000 to the current figure of about 8,000.

Bulgaria has the lowest Covid vaccine takeup rate in the bloc. Some 8.8% of the population has been immunized about half the average rate in bloc.