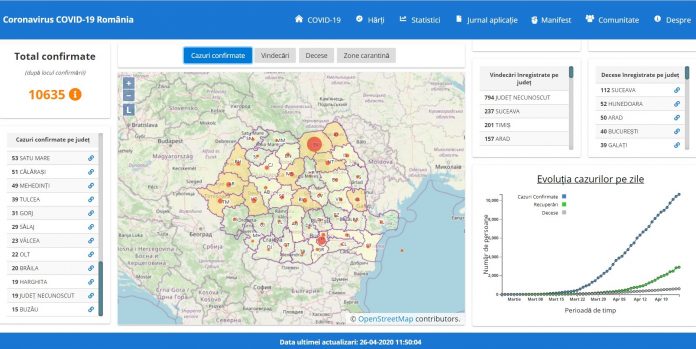 Romanian health authorities have tested more than 8,000 people in the last 24 hours, a record number of tests, as the number of confirmed cases rose to 11,086.

The Strategic Communication Group said 8,089 tests had been carried out in the past day, but reported a total of 9,873 tests on Sunday. The remainder were tests that had been conducted in previous days, but not reported.

The group said 401 new cases were reported in the last 24 hours. Some 608 people have died in Romania of COVID-19 so far.

Since the start of the coronavirus pandemic, some 3,054 patients in Romania have recovered.

Later Sunday, authorities reported a fresh outbreak at a psychiatric facility in the northern county of Suceava, the epicenter of Romania’s coronavirus crisis.

The spokeswoman for the Social Assistance and Child Welfare told national ews agency Agerpres that 103 patients and staff had tested positive for COVID-19. Some of them will be admitted to the Emergency Hospital in Suceava, which is currently under military command after an outbreak there in March.