Romanian authorities say 13 people have tested positive for coronavirus, including the first case in the capital.

Romanian authorities said on Saturday that a 49-year-old man in the capital who returned from a trip to Rome in late February was diagnosed with the virus.

The man was hospitalized in the Matei Bals hospital in Bucharest late Friday with a high temperature and diarrhea, health ministry official Nelu Tataru told Digi24. The man returned from Italy on February 27 and had stayed at home since then.

A man from the eastern city of Galati who had recently returned from Italy also tested positive for COVD-19 on Saturday, the fourth case of the day.

Last week, a 16-year-old schoolgirl has tested positive after she caught it from a classmate whose father had recently returned from Italy. She was transferred to the Victor Babes hospital for infectious diseases in Timisoara late Thursday, where her classmate and his 47-year-old father are also hospitalized.

Romanian doctors have given the all-clear to three patients who were diagnosed earlier with the disease.

There are 35 people in institutionalized quarantine in Romania while more than 11,700 are in self-isolation at home, health ministry officials said.

Authorities also announced said that a Romanian citizen living in the worst-hit Lombardy region of Italy has been infected with COVID-19, the Strategic Communication Group said.

Acting Health Minister Victor Costache  has recommended that Romanians consider putting off plans to travel to Romania for the Easter break next month. He says if they enter Romania, they face two weeks of quarantine due to the coronavirus outbreak there.

Some 36 coronavirus patients have died in Italy  in the past 24 hours, bringing the total number of deaths to 233, the country’s Civil Protection Agency says.

The number of people suffering from COVID-19  rose to to 5,883, officials said Saturday.

The country reported the highest number of deaths outside of China.

There are an estimated one million Romanians living in Italy. 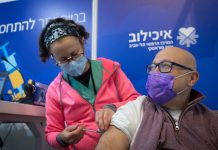 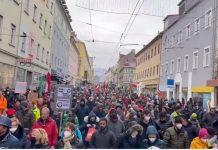 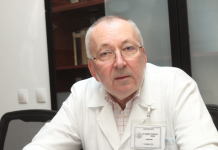