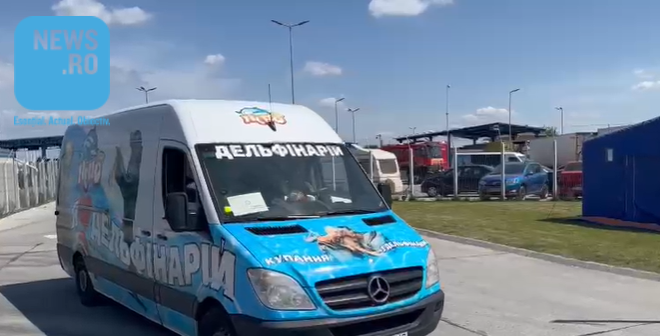 Four dolphins and two sea lions have been rescued from an area of heavy fighting in Ukraine and will be taken to a new home in the Black Sea city of Constanta, Romanian authorities said.

The Constanta Dolphinarium confirmed Wednesday that it was expecting the arrival of the animals from the the dolphinarium in Kharkiv, northeast Ukraine.

It was unclear whether the dolphinarium was sending the animals to Romania because they were unable to look after them due to the war, or whether they were concerned the dolphins would be given military training by Russia to be used in its war efforts.

It emerged last month that Russia had deployed military trained military dolphins to protect one of its naval bases in the Black Sea. The underwater defense was reportedly revealed in satellite images captured by private space technology company Maxar, and reviewed by the U.S. Naval Institute.

The dolphins and sea lions left Ukraine  on Wednesday and crossed into Romania via the border at Isaccea. The sea lions were traveling in cages and the dolphins were in water-filled tanks.

Border officials gave them priority crossing and they were accompanied by a vet to reduce the stress.

Another dolphin Pei-Pei died in 2013.

Kharkiv has been under perpetual bombardment since the war began. Ukrainian President Volodymyr Zelensky said recently that the Ukrainian military was pushing Russian forces out of the area.