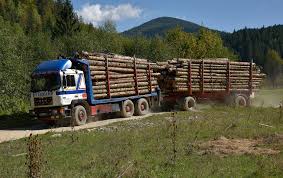 Romania’s Parliament has passed a law aimed at tackling widespread illegal logging which has prompted protests and brought threats of sanctions from the European Commission.

Lawmakers unanimously approved the “New Forest Code” on Wednesday which will become law after President Klaus Iohannis signs off on the legislation, the environment minister said.

Under the new law, illegal logging is a criminal offense regardless of the amount, and authorities can confiscate illegally harvested timber from trucks transporting it.

Illegal logging is a major problem for Romania, where six forest rangers have been killed in recent years by timber thieves, two of them in 2019, prompting thousands to protest in Bucharest and demand government action.

Another 650 forest workers were beaten, attacked with axes or knives, or even shot at after catching illegal loggers in the act.


The environment ministry said that all logging would be banned in natural reservations,and anyone transporting wood products, such as sawdust, bark and wood remains needs to have a permit.

Forests which are undet 30 hectares will extend by 30% and ordinary people will be allowed to enter forests for recreational purposes, either on foot or on a bike.

Many forests are currently closed to ordinary people.

“Today, we won an important battle for Romania’s forests,” Environment Minister Costel Alexe said, adding that he had urged Parliament to fast-track the law.

“I am happy that our message resonated and that lawmakers understood that protecting forest was a priority beyond interests and political calculations.”

In February, the European Commission has put Romania on notice for failing to tackle illegal logging and not doing enough to protect some of Europe’s largest unspoiled forests.


Under the infringement procedure, an EU member state can be taken to the Court of Justice and be hit with financial sanctions.

Forests still cover some 7 million hectares, or almost one-third of Romania. More than 525,000 hectares are virgin primary forests, more than any other EU country outside Scandinavia.

Such forests, as well as containing ancient and protected tree species, are home tpo wildlife such as bears, wolves, and lynx.

A forest inventory commissioned by the government showed that 20 million cubic meters of wood are cut illegally from the forests every year, about half the total timber cut.