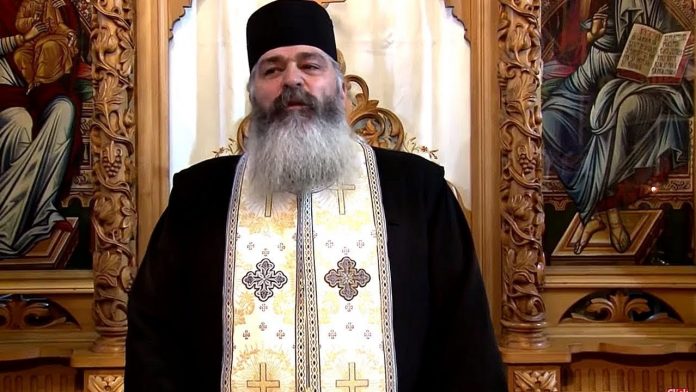 A Romanian Orthodox priest with 750,000 followers on Facebook who recommended his believers gargled „with salt water and brandy” to „defend themselves from” the coronavirus has confirmed that he has been hospitalized after he caught the virus himself.

Father Calistrat, a ‘duhovnic’ or spiritual father, told his many followers that he’d gone to hospital after coming down with “a dry and uncontrollable cough which laid siege to my respiratory system.” Tests revealed he had SARS CoV-2.

He has been admitted to the Iasi Infectious Diseases Hospital and is on a course of antibiotics. He says he will be discharged in several days.

Father Calistrat told his followers at the end of July that he had some “very simple hygiene rules” to combat Covid-19, such as gargling with salt water, plum brandy or antiseptic tablets.

But on Sunday, he told followers that despite being confirmed with the virus “I am well and being treated, I don’t have complications, or serious health problems” he wrote.

“Let’s not exaggerate, and conspire and create useless confusion… I don’t believe in conspiracy theories that some cursed me,” he said.

In his earlier advice, he said: “every morning and evening, gargling with salt water cleans the mouth and throat because salt is the oldest and best disinfectant since the earth was made.”

“After that, take a mouthful of plum brandy after taking holy water, because alcohol is a good disinfectant.”

Several Romanian Orthodox priests have been at odds with the Romanian government about lockdown rules forced their churches to close. Some downplayed the virus and held church services and gave believers communion wine from a communal spoon even when church services were banned during the spring.

Father Calistrat was outspoken at Easter this year making public demands  to the authorities to allow ‘young and healthy’ worshipers to be able to attend the Easter Vigil at midnight services.  The government dithered, but did not allow services to go ahead, and  priests distributed the “Holy Light” to believers’ homes.

Some 87% of Romanians are Orthodox Christians.