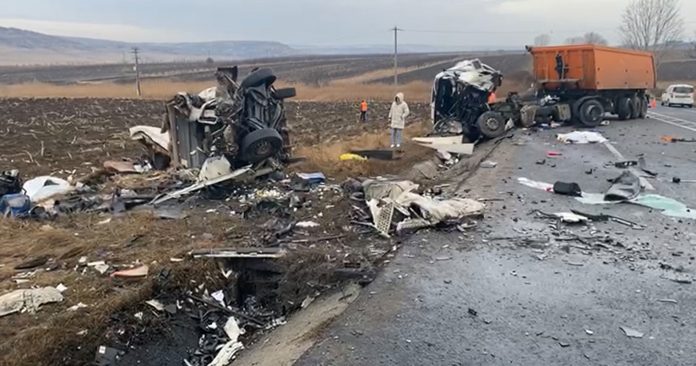 Romania registered more road fatalities than any country in  Europe for a third year running, though there were fewer deaths than in the pre-pandemic period.

Its mortality rate of 93 deaths per 1 million inhabitants last year is more than  twice the average rate in the bloc.

Neighbor Bulgaria registered 81 deaths per million residents, followed by Latvia which had 78 deaths, the European Commission said on March 28 .

Road deaths have dropped about 36% in the last decade, the European Commission says. It is determined to reduce the figures even more.

EU Transport Commissioner Adina Vălean said: “At the EU level we will endeavor through financing, legislation and outreach to help deliver the ‘safe system’ of safer infrastructure, safer vehicles, safer road use and better post-crash care.”

Non EU-member Norway had just 16 deaths per million people in 2021 and Malta had 17, considerably lower than the average rate of 44 per million residents, News.ro reported.

Statistics show that 52% of deaths occur on rural roads and 40% in towns, while 8% happened on motorways.

Motorists and passengers account for 43% of deaths, while 20% of fatalities were pedestrians. Eighteen percent involve motorbikes and mopeds and 10% are cyclists.

Men were responsible for three out of four traffic deaths and proportionally more young people die in traffic accidents.

Liechenstein had only one traffic fatality in 2021.

The EU has set itself a 50% reduction target for road deaths – and, for the first time, also serious injuries – by 2030.