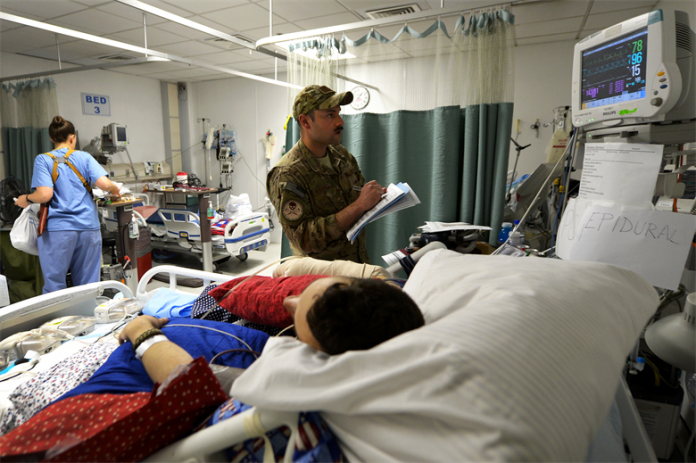 Romania reported 1,271 new Covid-19 cases on Wednesday and 51 people succumbed to the virus in the last day, one of the highest numbers of deaths in a single day.

The Strategic Communication Group said 24,297 tests were carried out, of which 5.23% were confirmed to have the virus, a similar percentage to last week’s figures.

There are 459 patients currently receiving treatment in intensive care units, the lowest figure in a month. Among the intensive care patients are 21 children who are being treated at the Matei Bals Infectious Diseases Hospital in Bucharest, manager Adrian Streinu-Cercel said.

Nationwide, there are about 7,130 Covid-19 patients being treated in hospital.

The cumulative number of cases stood at 98,300, of which more than 41,000 patients have recovered.

There were 180 new cases in the Romanian capital Bucharest and 59 in Iasi, northeast Romania and 56 in the county of Brasov, central Romania.

Thirty-two men and 19 women succumbed to the virus in the past 24 hours. Some 4,018 with the virus have died in Romania since the virus outbreak.

One patient who died on Wednesday was in their 30s, four were in their 40s,  two in their fifties and 35 were over 70. All but two of the patients had preexistent health conditions such as diabetes, cancer or heart disease.

There are currently 10,215 people in Romania who have the virus who are in self-isolation at home and 6,035 who are in institutionalized isolation.

Some 34,400 people are quarantining at home after they came into contact with people who have the virus.