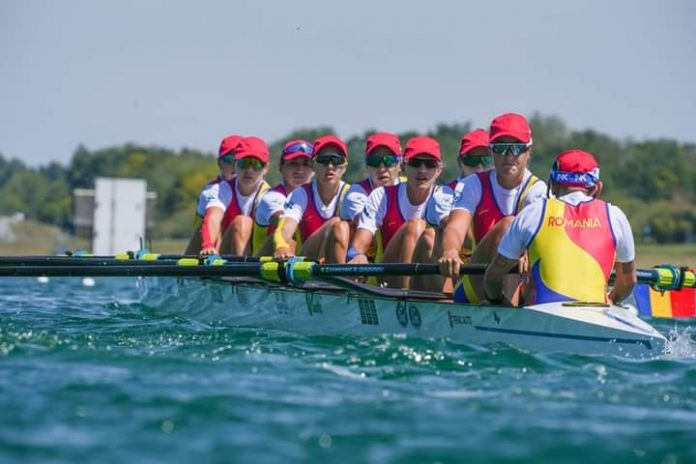 Romania’s delegation fielded 11 boats and 35 athletes in the World Championships in Racice, managing to qualify nine in the finals for medals. The final tally was four gold medals, three fourth places and two sixth places

At the ceremony, Eduard Novak thanked the athletes for giving up their „freedom” and working in the training camp to achieve these performances.

„You spent 10-11 months in the training camp, you believed in Mrs. Lipa and now you have these results. My heart is with you because I know what you went through. So, as long as I am a minister you will have my 100% support”, said the minister.

„We wrote history at the World Championships, we broke records. First, Ionela Cozmiuc had a sensational race, then in the men’s double sculls the boys achieved a historic result. Romanian rowing has never had a world champion in double sculls in its history. Just like we didn’t have a world champion in women’s double rowing. I have 11 silver medals, but no world title in the double event. But Simona Radis and Ancuţa Bodnar achieved this performance at 20 or so years old. And Simona Radis , 45 minutes after she became the champion in the double rowing event, she got into the 8+1 boat and said to the girls: Have faith in me that I will make you world champions’. With how many athletes like Simona can Romania boast? Our Simona is a phenomenon. Simona Radis is the David Popovici of rowing, as we are still talking about water”, saidPpresident of the Romanian Rowing Federation, Elisabeta Lipa.

The President of the Romanian Olympic and Sports Committee (COSR), Mihai Covaliu, emphasized the fact that the rowers’ results at the World Championships are not accidental and that they have years of work behind them.