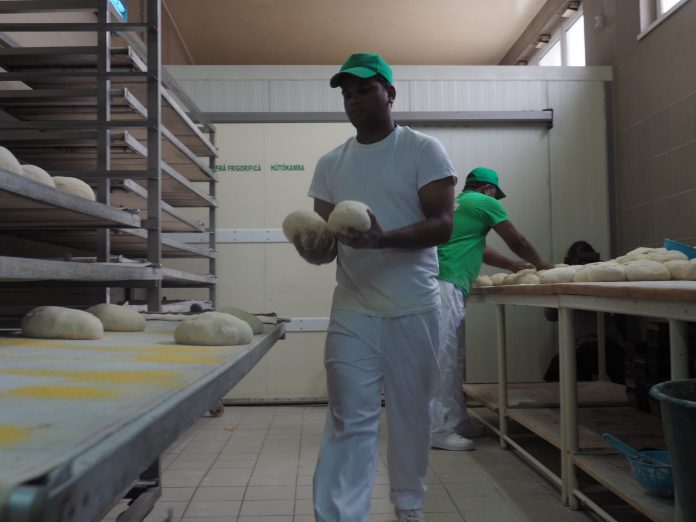 The owner of a bakery in central Romania says two Sri Lankans will continue to bake bread for the company, following protests by local residents who say they don’t want the men in their small town.

In an about-face, bakery manager Katain Kollo on Sunday said the bakers, aged 49 and 22, would continue to work on the bread production line in Ditrau, a town of 5,500.

The day before, the bakery announced the men would be moved to other jobs in the company. But Kollo said Sunday they only wanted to “calm local residents.”

Seeing that residents were not appeased, the bakery said it had decided to keep the men doing the same job.

The bread company is facing accusations of racism after they bowed to local anger on Saturday, apologized to the local community, and said the men would be moved from actually handling the bread.

Some residents in the town where most residents are ethnic Hungarian stopped buying the company’s bread, saying they did not want foreigners from another culture physically involved in the bread-making process.

Ferenc Csaba Asztalos, the chairman of Romania’s anti-discrimination watchdog, on Sunday announced the institute was investigating the bakery to determine whether it had discriminated against the men based on race and religion.

The bakery recently hired the two men using a local recruitment company and said this week they planned to hire other workers from Nepal and Sri Lanka, although it is unclear whether that is still the case.

The two men initially lived in rented accommodation in Ditrau, but moved to a bigger town nearby after threats were made to the owners of the properties where they were staying.

Hundreds of town residents met at a community hall on Saturday in a bid to resolve the conflict.

The meeting came after 200 people staged a protest outside the town hall last week joined by the local priest demanding local authorities put an end to migration and call a referendum to stop “the flow of migrants.”