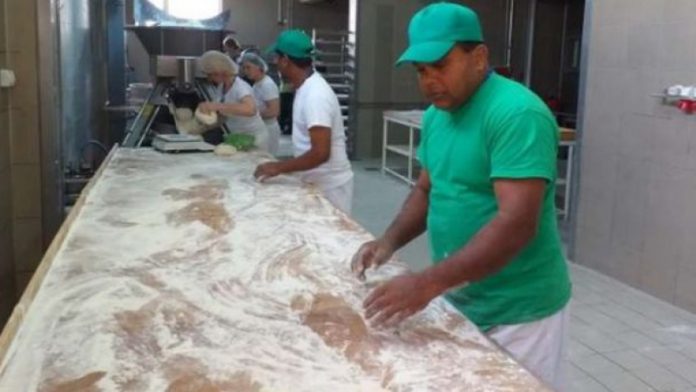 A Romanian company that hired 2 Sri Lankan bakers sparking protests in a small town in central Romania has apologized to the community and says the bakery will find other jobs for the men.

In an open letter to the community, the bakery “apologized if we have offended anyone, but we did hire foreign workers legally. „

It said the two men aged 22 and 49 would be taken off the bread production line and given other jobs. The company invited local residents to apply for jobs at the bread factory.

Some residents in the town of Ditrau had stopped buying bread to protest the presence of the two Sri Lankan bakers.

The letter came as hundreds took part in a town hall meeting Saturday in the community of 5,500.

Joined by the local priest and a politician from the party that represents the interests of Romania’s 1.2 million ethnic Hungarians, Ditrau Mayor Elemer Puskas opened the meeting with prayer.

„We’ve come here to clear the air, to what grievances we have and how we can resolve them,” the mayor said, opening the floor to comments.

“We don’t want racism and I’d like to get rid of any racism in the town,” Puskas said. “The priest was at this meeting and we can resolve this problem peacefully so people won’t at us.”

However, the owners of the bakery appeared to have caved into residents’ demands after some local residents stopped buying bread from the bakery in protest. The company was established in 2010 and employs 90 people.

Complicating matters further, the mayor claimed that residents’ anger was directed at the bakery managers and not the two Sri Lankan men.  Some residents say they had stopped working for the bakery as they hadn’t been paid for overtime or been thanked for putting in extra hours.

Bakery owners recruited the two men using a local recruitment company and said this week they planned to hire other workers from Nepal and Sri Lanka, although it is unclear whether that is still the case.

The two men initially lived in rented accommodation in the town, but moved to a bigger town nearby after threats were made to the owners of the properties where they were staying.

Saturday’s meeting comes after some 200 people staged a protest  outside the town hall joined by the local priest demanding local authorities put an end to migration and call a referendum to stop “the flow of migrants.” .