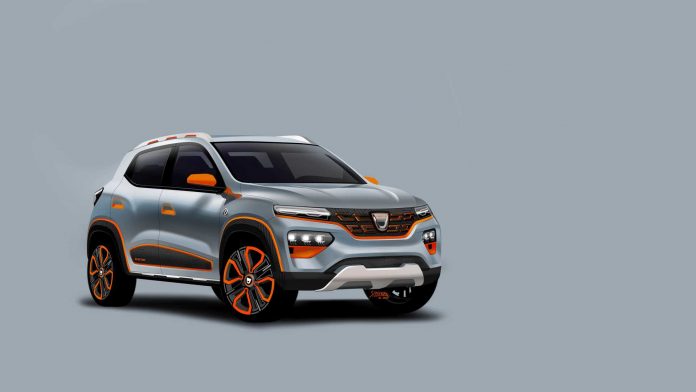 Dacia has showcased the Spring, an electric car that it plans to have on the road in 2021. The company is aiming to produce „Europe’s most affordable all-electric car”.

The Dacia Spring is described as a showcar, it would have originally been shown at the Geneva Motor Show, had it not been canceled due to fears about the coronavirus outreak.

Dacia, which is owned by the French giant Renault, unveiled the new car on its Facebook page.

It is similar to the Renault City K-ZE launched in China in 2019 and sold exclusively there. . The City K-ZE is itself an electric version of the Kwid, a five-door, four-seat mini-SUV that is sold in India, Brazil and other emerging markets

Dacia says that it will give you over 200km range (125 miles), and it is likely to save money by using a smaller battery, making it the perfect urban vehicle.

It’s only 3.73m long and looks like a small SUV. It has four seats and five doors, and is designed as a compact urban vehicle. It is a cross between a Duster and a Sandero.

Dacia’s SUV, the Duster, is the second most popular car in Europe.

Renault have yet to announce where the Spring Electric will be made. Its main plant is at Mioveni, in southern Romania which has a capacity of more than 350,000 vehicles per year.

Dacia also manufactures  the Dokker, Logan, Lodgy and Sandero at units in Morocco.