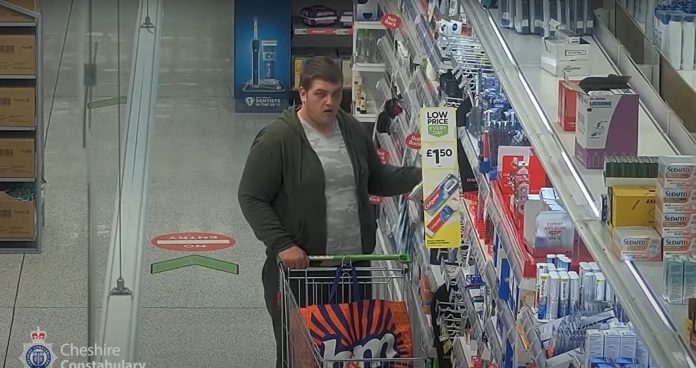 A Romanian crime gang who stole more than 160,000 pounds worth of items from supermarkets across Britain have been jailed.

Six men aged 25 to 51 all pleaded guilty to conspiracy to steal and were sentenced at Chester Crown Court in northwest England on Tuesday.

They were each sentenced to 42 months in prison.

The court heard that the gang traveled across the country stealing high value items from supermarkets. They primarily targeted Asda stores.

Their spree began in April 2019 when two of them targeted a store in Tipton in central England. Four others joined them over the next four months.

From April to September in 2019 the gang went on to commit at least 81 separate offenses at stores as far afield as Newcastle upon Tyne, Cardiff,  and Fleetwood, as well as Alloa in Scotland.

On each occasion they worked as a team to distract the store’s security staff by intentionally activating the security alarms.

This enabled other members of the gang to escape the store with the stolen items without being spotted.

Their downfall began after they targeted the Asda Barons Quay store in Northwich in June 2019 and stole about 1,000  pounds worth of items.

Following the theft, Asda contacted police to report the incident which they believed was part of a wider nationwide series.

Over the next two months detectives from the Northwich Beat Initiative Team worked closely with Asda and the National Business Crime Center.

Using CCTV footage, ANPR cameras and credit card data they managed to identify the gang members and link them to dozens of other incidents across the country.

Three of the gang members were arrested in September 2019.

During a raid, officers recovered a number of stolen items including perfume, alcohol,  razors and thousands of children’s diapers.

The other three were arrested over the following months. All six were subsequently charged with conspiracy to steal.

Detective Constable Paul Matchett, of the Northwich Beat Initiative Team, said: “It is clear that this gang traveled to the UK with the sole intention of committing crime.

“They believed that they could evade justice by spreading their crimes across the country in a bid to keep a low profile.