Health authorities on Monday fined a major Bucharest hospital 20,000 lei _ about 4,200 euros_ after a woman was set on fire during surgery and later died, the health ministry said.

The health ministry said that Mircea Beuran, the surgeon who coordinated the operation has been removed as head of the surgery department following the incident.

The State Sanitary Inspectorate imposed the administrative fine on the Floreasca Emergency Hospital while doctors and other medical staff who took part in the Dec. 22 operation will be given administrative fines of about 2,000 lei each, the health ministry reported.

The patient was set on fire after surgeons used an alcohol-based disinfectant  during an operation for pancreatic cancer.

They then used an electric scalpel which, as it came into contact with the alcohol, set the woman’s body alight. She died a week later.

For days, the case was national news as Beuran is a well-known surgeon and a former health minister. The health ministry also accused hospital managers of a cover-up, saying it only learned about the incident five days later from “third-hand sources.”

The National Health Management Authority took away the hospital’s accreditation on Dec. 30 due to irregularities, such as it failed to inform the health ministry of the incident in 24 hours as required by law.

The hospital remains open, but has to comply with strict regulations.

Police are investigating whether medics were guilty of manslaughter.

Health Minister Victor Costache will present the conclusions of a ministry inquiry on Tuesday. 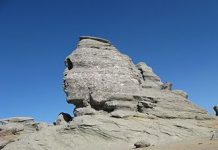