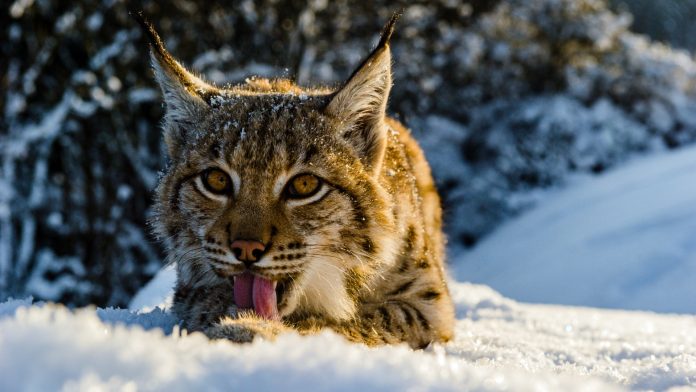 Nine specimens of the European lynx have departed from Romania’s Eastern Carpathians for Slovenia in the last five years as part of the LIFE Lynx project aimed at saving from extinction the lynx population in the region of the Dinaric Mountains and the south-eastern Alps, and the tenth will leave for the neighbouring country in the spring of next year.

The Association for the Conservation of Biological Diversity (ACDB) has been at the forefront of the project since its beginning, the main activity being to assess and select lynx capture areas in the Eastern Carpathians in Romania, but also to effectively capture and relocate lynx in Slovenia.

„The LIFE Lynx project officially started in 2017 and will be completed in Slovenia – Croatia – Italy in 2024; in Romania it will be completed in the spring of 2023, the last year of capture. Unofficially, the project started before 2017, by smaller projects to raise awareness of the importance of lynx and, at the same time, increase acceptance of the groups involved in wildlife management in Slovenia and Croatia and even of the general public, because lynx reach areas that are largely inhabited. The aim of the project is to repopulate the areas of the Dinaric Mountains and the south-eastern Alps, where there is a lynx population reintroduced in the 1970s, after having completely disappeared at the end of the 19th century. At that time, the lynx were again reintroduced from the Carpathian population, mainly from Slovakia, but the small number of individuals did not allow the population to recover due to inbreeding problems. For this reason, the project is very important”, Teodora Sin, a researcher at ACDB, told AGERPRES.

According to the latest estimates, which date from 2015, it is assumed that Romania holds over 50% of the total population of lynx in Europe. In 2015, the number of lynx was estimated at about 1,200-1,500 specimens, but this figure is relative, as this is a difficult species to monitor.

„We have several specimens of lynx equipped with collars, which have been monitored since January 2021. The lynx is usually a very difficult species to observe, as it avoids man much more than the bear or any other species. And to capture them, we relied on the biology of the species. The mating period helped us a lot, when, in order to communicate with the female, the lynx marks its territory a lot, generally with urine or by rubbing against the bark of the trees to leave an odor or even hairs. These hairs have helped us to conduct genetic investigations of the animals, because otherwise they are quite difficult to capture,” explained Teodora Sin.

From Romania, nine lynx have been captured and relocated so far, the last one in the spring of this year. They adapted relatively easily in the new locations, especially since they found food.

„Usually we don’t use any attractor to catch them, we just place the cages in areas that we know are frequented by the lynx, because we don’t want to influence the impact that our action has on the species in that area. Females are much more cautious, however, the males, especially during the mating season, are extremely inattentive and entered the cage on their own. The animals were captured in the Eastern Carpathians, in the area of the Putna – Vrancea Natural Park, and we extended a little towards Pralea and Darmanesti in Bacău County, as well as towards Tarcau in Neamț County. We decided not to take more than two lynx from a large enough area in one year, so as not to affect the local population”, the researcher specified.

Taking part in this project is also Italian biologist Andrea Gazzola, specialist in natural sciences, currently employed by ACDB. Having come to study wolves in Romania, he declares himself delighted with the possibility to study the lynx, especially because in Italy he would not have had the opportunity to study this animal in its environment.

Like the wolf or the bear, the lynx is one of the large carnivore species of importance in that it triggers trophic cascade effects in an ecosystem, putting pressure on the population of wild ungulates, deer and stags, with a major impact on vegetation. According to studies, where there are large carnivores, especially wolves and lynx, the deer is less likely to feed in a certain place, thus allowing vegetation to regenerate. On the other hand, where there are high densities of deer, as in the example of Italy, the impact on vegetation is as visible as possible.

„Nature has created predators to maintain a balance. And when we, for various reasons, eliminate large carnivores, other problems arise. In Italy there are places where, due to the high density of ungulates, vegetation is lacking and the soil becomes desert. That is why we should reconsider the role that predators play in the ecosystem”, Andrea Gazzola explained.

The biologist expressed his hope that, once the population of lynx in Western Europe increases, with a little support from the authorities and investments to connect the territories that are now fragmented, the lynx will also repopulate the Italian territory.

„The new environmental policies will put more emphasis on caring for nature and the proper functioning of ecosystems. If we do not have forests, if we no longer have nature, we will not have water, oxygen and therefore we will not be able to survive as a species. The situation is quite serious at the moment and Europe has realized that it will have to make efforts, invest massively to save the environment”, says Andrea Gazzola.

„Romania’s beauty is that it still has an environment in which people have a strong connection with the territory and the animals. If in Italy the shepherd is alarmed by the presence of carnivores, Romanian shepherds have a form of respect for these animals. They are aware that they are the ones encroaching on the animals’ territories. Italy has wonderful landscapes, but it still has a lot to invest in when it comes to carnivores. Those who come to study in Romania have the opportunity to see things that in the rest of Europe they can only dream of. Some say that Romania is one of the wildest places in Europe. Yes, it is true, but in a positive sense. Some see Romania as an economically disadvantaged country, but in reality, at this moment in time, Romania should be taken as a point of reference in terms of the environment and man’s connection with the ecosystem. If I had to choose where to live, I would definitely come to Romania. Fortunately, Europe has also begun to understand and invest much more in protecting the environment”, said the Italian biologist.

The project aimed at preventing the extinction of the lynx population in the Dinaric and southeastern Alps, LIFE Lynx, is an international project implemented in five countries – Italy, Slovenia, Croatia, Slovakia and Romania, between July 1, 2017 – March 31, 2024. The project is co-financed by the European Commission through the LIFE + Nature program.

VIDEO. Two lynx frolic in the snow in forest in Romania 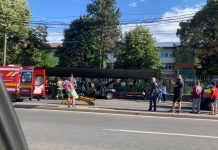 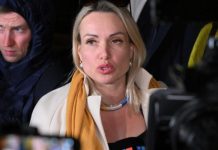 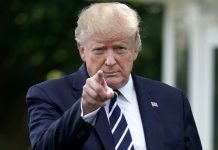