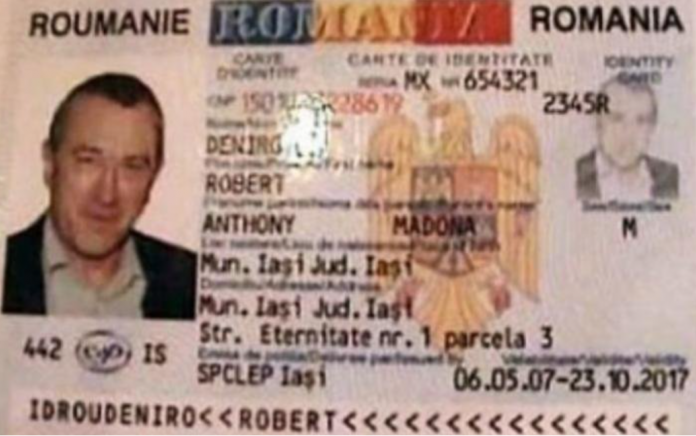 A Romanian man who was jailed after he duped a bank into giving him a 60,000 euro loan after posing as U.S. actor Robert De Niro has been arrested on suspicion of drugs trafficking.

Sorin Bulgaru, 53, was handed a nine-year sentence for fraud and embezzlement in 2011 for using a false identity document to secure a loan.

Although the document bore the name and had a picture of the famous American actor and said the holder’s address was “Eternal Cemetery, Iasi,” he managed to fool bank employees into agreeing to the loan.

Bulgaru was recently released from prison on parole after serving his sentence Ziarul de Iasi reported.

Police arrested him for 30 days on Monday after he was caught red-handed trying to sell 1,400 Ecstasy pills. He is charged with trying to traffic high-risk drugs.