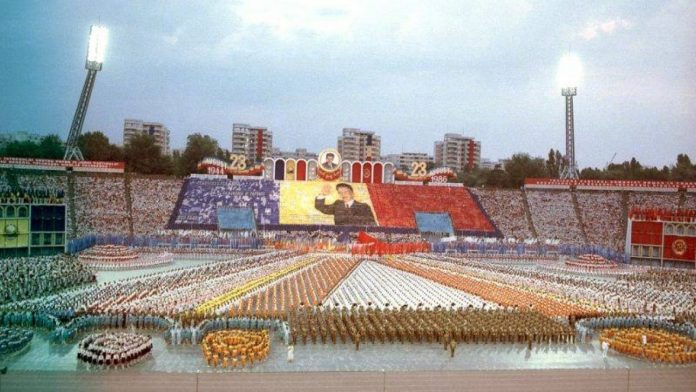 A Romanian mayor has written a note in praise of former Communist leader Nicolae Ceausescu on what would have been his 103rd birthday.

In the text he thanked the late dictator for “building” the country and the economy during his 24-year rule and lamented what he said was the demise of Romania after 1989, echoing views shared by some ex-communists in Romania.

The late Communist leader and his wife Elena were executed by firing squad on Christmas Day 1989 after a hasty trial, but some elderly and poorer people as well as left-leaning politicians still yearn for the former leader and are nostalgic for communism more than 30 years since it collapsed.

Robert Ionut Paiusi, the mayor of the village of Stejari in Gorj county who is a member of the opposition Social Democratic Party, wrote a short essay in praise of Nicolae Ceausescu who was born on January 26, 1918, and posted it on Facebook.

“Today on your birthday, I want to thank you for the country you built and the economic power you left us,” the mayor wrote.

The post had more than 430 reactions and dozens of comments, in which people praised him for his „courage.” Commenters called Ceausescu a true patriot and one drew attention to Romania’s president, Klaus Iohannis, who’s an ethnic German and the head of the emergency services, Raed Arafat who’s a Palestinian.

One wrote: „What Ceausescu did, nobody will do in the next 100 years. For 30 years, Romania has one foot in the grave, year after year, and no change. A few things here and there but it’s just a mirage for the naive. It’s hard…. „

The former leader paid off Romania’s foreign debt, but the cost was so great that Romanians were subject to harsh deprivations, such as a lack of heating and hot water in their homes, power cuts, while food was heavily rationed, and Romanians weren’t allowed to possess hard currency.

The communist dictatorship meant few rights for Romanians. The repressive Securitate secret police kept tabs on Romanians and stifled dissent and free speech. Romanians had to ask permission to travel abroad (they rarely got it) and even had to register typewriters with the state. They had to report any conversations with foreigners.

However, the mayor ignored those aspects, and said: “It’s a shame that the fools that came after you sold us like Easter lambs and sold themselves cheaper than prostitutes, and not even luxury ones, but the cheapest ones. The country is a shadow of the way you left it.”

After communism ended, state enterprises were sold off, mainly by the successor to the Communist Party, now called the Social Democratic Party. Many of the sales were tainted by corruption.

The mayor ended his essay by saying: “I  don’t know whether the final words of the comrade will come true “history will show me to have been right’ because we no longer have schools, we no longer have historians… or leaders we love the country and its people.” He posted a picture of Nicolae Ceausescu next to his text.

Mr Ionut is under investigation for tax evasion related to work carried out by five companies from 2012 to 2013 which were not registered with tax authorities,  the Gorj police department said.