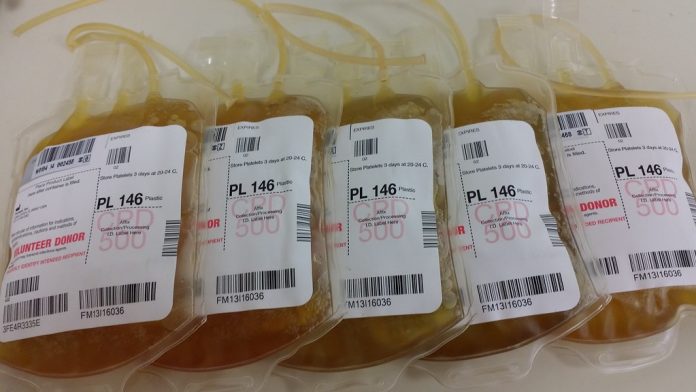 The mayor of the Romanian capital has come under fire for a plan to offer vouchers worth 1,000 euros for the plasma of coronavirus survivors.

Bucharest mayor Gabriela Firea came up with the idea, which was endorsed by political allies in the city hall to offer compensation to patients who have recovered from the virus.

The project was approved in a meeting Thursday in 33-5 vote with 7 abstentions.

Medics give plasma to seriously ill patients in the hope that the antibodies they have built up will help to clear the virus in others. Plasma is the liquid part of blood.

But the move has been criticized by the opposition who called it “an illegal and immoral project.” It is illegal to pay for blood donations in Romania.

Firea, however, said that “patients with serious forms of Covid-19 urgently need plasma transfusions from patients who have recovered and who’ve developed antibodies,” she wrote on Facebook. “The 30,000 who have recovered from  SARS-CoV-2  could save those who have difficult forms of the disease.”

But Ana Ciceala, a city hall adviser and member of the Save Romanian Union, said that the Center for Blood Transfusion wouldn’t agree with the plan or sign a protocol.

„This idea for giving money for plasma donations…. proves the fact that for her (Firea) it’s all about money,” Ciceala said Thursday.

Romania holds local elections in September and Firea is running for re-election.

But Firea argued that while other countries have „programs to stimulate plasma donations, unfortunately in Romania there aren’t any concrete programs,” she wrote. She said the vouchers could be used in exchange for food, vitamins and minerals.

Firea said that just 400 patients who had recovered from the virus had donated plasma.

”Basically we want to convince patients to save those who are suffering,” she said.”We are in a pandemic, an exceptional situation…. And we need an exception to the law to save lives.”

Ciceala called it an “illegal and immoral” policy that “contravenes all European and Romanian public policy up until now.”

Some countries, such as the U.S., pay a small amount for blood plasma, between $20 and 50$ depending on weight of the person and whether they have previously donated.