The orthodox bishop of Deva and Hunedoara, Gurie, has died on Thursday after falling seriously ill with the the coronavirus. He was 52.

He died of a heart attack after the virus tore through his lungs, local media reported. He had reportedly received a single dose of Johnson& Jonhson,  R3Media reported which published his vaccine documents.

He was hospitalized on Oct. 8 and his condition deteriorated. He was intubated two days ago, Basilica.ro, the church website said.

He is the second bishop to die after catching the virus. His death comes a day after the influential Romanian Orthodox Church urged Romanians through its spokesman Vasile Banescu to heed the advice of doctors and ignore „absurd” conspiracy theories.

Romania has seen a surge in coronavirus cases and deaths in recent weeks. Experts say the low vaccination rate has led to an increased number of serious cases. More than 90%  of the fatalities were unvaccinated people.

The bishop died as he was being prepared for a transfer to a regional hospital. “We tried to resuscitate him for 45 minutes. Unfortunately, he couldn’t be saved,” Deva County hospital manager Emil Stoica Mariş said.

Born in a village in the northwest Transylvania region as Grigorie Georgescu, he graduated from a Theological Seminary in 1988 and then from the Craiova Theology Faculty. He later studied at a Catholic Theology Faculty in Padua in Italy before becoming a monk.

The Deva and Hunedoara bishopric was created in 2009 and he was named bishop a month later and given the name Gurie.

Archbishop Pimen who fought to recover church land seized by the communists and collaborated with the Securitate secret police died in May 2020 aged 90, a month after he fell sick with Covid-19. 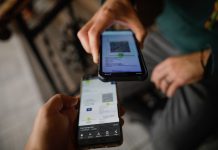 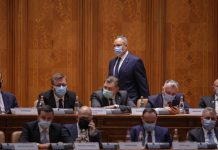