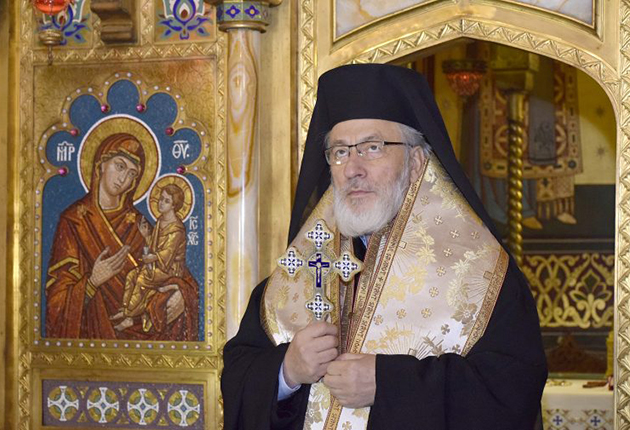 An top Romanian Orthodox bishop has spoken out in favor of changing the baptism ceremony following outrage over the case of a six-week old child who died after he was immersed.

Calinic, the Archbishop of Arges, who also is a member of the Holy Synod, said a decision would be taken by the Romanian Orthodox Church on how baptism ceremonies should be conducted “to avoid unwanted accidents.”

His voice is the first sign that the influential church to which more than 85% of Romanians belong is considering changing an ancient ritual which caused the death of a baby.

The traditional Orthodox baptism service involves plunging the baby into a water-filled baptismal font three times. Sometimes the priest covers the child’s nose and mouth to stop them from inhaling water.

The drowning of a a six-week-old baby drowned during baptism last Sunday has led to fierce criticism and calls to reform the ritual. The priest who performed the baptism is being investigated for manslaughter after an autopsy found water in the baby boy’s lungs.

The case has provoked outrage in Romania and by Friday evening, more than 60,000 had signed a petition urging for the ritual to be reformed.

Calinic, who has been an archbishop since 2009, recently baptized the  daughter of Nicolas of Romania, the grandson of the late King Michael.

He told Adevarul that he dipped the infant’s feet in the water and sprinkled water on her forehead, a ceremony similar to those performed in Catholic and Protestant churches.

Addressing these concerns of full baptism, Calinic said:“In the future the practice of plunging an infant into the water will be reviewed and the best resolution will be reached to respect rules and carefully avoid unwanted accidents.”

Calinic said when he was a village priest in Transylvania many years ago, he would wet the child’s head and dip it in the water up to its neck “for fear of an accident, either physical or emotional.”

The priest also said that the Orthodox church allows for  men and women who haven’t been ordained and even parents to baptize infants in the situation where a young baby is in danger or gravely ill.

“How much understanding and completeness (we find) in the thinking and practices of the Orthodox Church.”