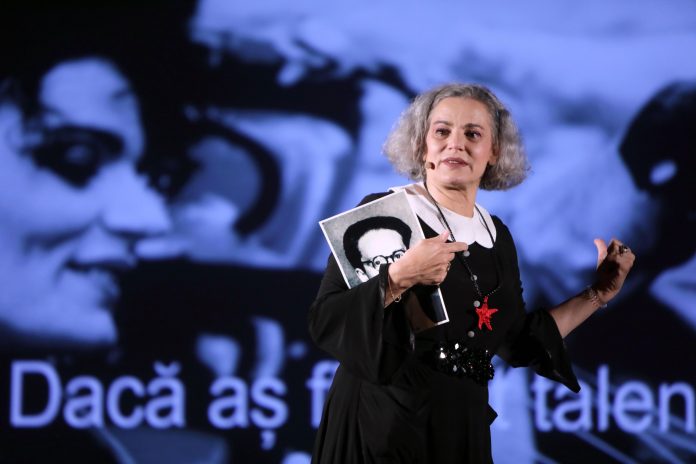 Romanian police on Monday detained a man who made death threats and anti-Semitic remarks about Romanian actress Maia Morgenstern.

Police said a suspect had sent a threatening mail “with anti-Semitic content” containing death threats to the actress and employees at the theater on March 27.

The man will be held in custody for 24 hours for making threats, police said.

In the email, the author threatened to violently kill her and her children, as well as set fire to the Jewish theater and its staff.

The email was signed „on behalf of the far right Alliance for Uniting Romanians (AUR).” Party leader George Simion has condemned the threat, saying it didn’t come from the party. He urged authorities to quickly find and punish its author.

The  58-year-old actress is internationally known for playing Mary in Mel Gibson’s 2004 passion-stirring biblical epic “The Passion of the Christ.”

Her parents were Holocaust survivors and her grandfather died in the Auschwitz death camp.

The actress who is director of the Jewish State Theater received another mail calling her a “slimy Jew,” it was reported Monday.

It was not immediately clear if the two incidents were connected.

The  latest hate mail was sent from an  fake address,  enolagay@usa.com. „Enola Gay” is the name of the U.S. bomber which dropped an atomic bomb on Hiroshima, Japan during World War II.

The mail contained offensive and libelous remarks about the actress in a text replete with anti-Semitic slurs.

Romania, a European Union member, has only in recent years begun to come to terms with its role in the Holocaust. Knowledge of it is patchy and it is considered a sensitive topic.

Romania was an ally of Nazi Germany until August 1944, when it changed sides. Under the pro-Nazi rule of Marshal Ion Antonescu, 120,000 Jews were deported from Romania to Trans-Dniester in the Soviet Union.