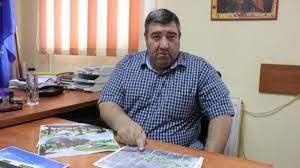 Romanian police have detained a mayor on suspicion that he raped a 12-year-old girl at a party three years ago.  Two other men were also detained on the same charges.

The case comes amid concern over the extent of trafficking and abuse of minors in Romania.

Police arrested the mayor of the Stefanestii de Jos, Robert Stefan, on Thursday on charges of having sex with a minor. A court ruled on Friday that he could be freed from arrest during the investigation.

He has not commented on the charges.

Romanian media said the alleged incident occurred in early 2018. Two individuals allegedly handed the victim to the mayor while he was attending a party.

The youngster had already been beaten and raped by the two other suspects. They have also been arrested.

The case came to the attention of police after the girl gave birth at a Bucharest hospital.

Parliament passed a law this month removing the statute of limitations for a number of crimes, including rape and sex with minors.

It called on Romania to ensure that human trafficking offenses are sanctioned and victims of trafficking have access to compensation.

Romania amended trafficking laws in 2020 to increase the minimum penalty for trafficking in children. Authorities have adopted a new national strategy against human trafficking for 2018-2022.

The number of victims identified by  Romanian authorities has fallen over the years. A total of 2,613 victims were identified from 2016 to 2019. Three out of four were women and half of them children. Sexual exploitation remaining the most common purpose of trafficking.