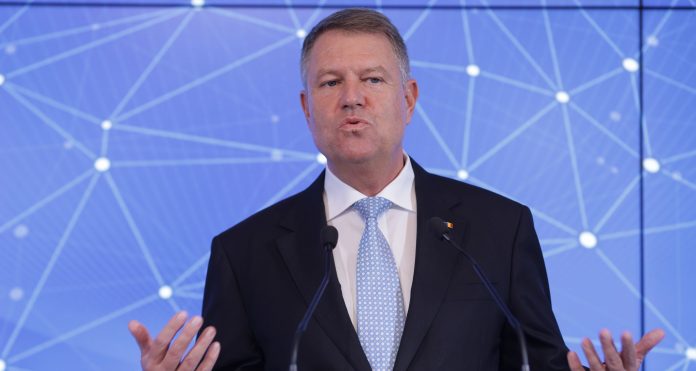 Romanian President Klaus Iohannis has defended his decision not to take part in a head-to-head debate with former Prime Minister Viorica Dancila, calling  the Social Democrats she leads “an unreformed, undemocratic party.”

Iohannis, who has been blasted by some for refusing to meet Dancila for a televised debate ahead of the Nov. 21 runoff, held a press conference Tuesday to answer criticism against him.

He said Social Democrat rival Dancila “represents an undemocratic, unreformed party which has governed against Romanians, and is now is pretending to be a democratic candidate who expects to be treated with the greatest of respect.”

He said she represented “all that is bad in politics in recent years,” adding that while he understood the need for a public debate, he did not want to legitimize the party’s behavior.

Asked why he initially picked her in Jan. 2018, Iohannis, who is the favorite for the runoff, said he agreed to nominate her for the job after a proposal from the then-ruling Social Democrats, due to her 10 years experience as a lawmaker in the European Parliament.

She developed “into a mega disappointment (and turned) into an anti-democratic prime minister,” he said.

For the past three years, Iohannis has regularly criticized the contentious judicial overhaul that the Social Democrats embarked on. The legal changes sparked huge protests and have been rebuked by the EU and the U.S, because it could protect crooked officials.

Iohannis hit back at suggestions that he took too many vacations, as his critics have claimed.

“I had three vacations in five years; even if I was away, I worked. The president doesn’t have the right to a vacation and nobody can do his wok. Even when I was on vacation, I took my files and worked on documents, and on the phone.”

He said he hadn’t been away for two years.

“Unfortunately I didn’t have any vacations as I was always guarding Romania from the Social Democrats.”

The 60-year-old who is supported by the governing Liberal Party he used to lead, also promised to have a debate next week to which journalists and political commentators would be invited.

“It will be an open, measured debate,” he said.