Five people have been detained in northwest Romania on suspicion of forging thousands of  Covid-19 vaccine certificates, the anti-corruption agency said Wednesday.

The prosecutors’ swoop was the biggest fake vaccine operation ever discovered in Romania. The vaccine campaign began eleven months ago and green passes are required for many daily activities.

The five included two nurses and two healthcare workers who worked at the Vama Petea vaccine center near the town of Satu Mare.

Prosecutors said suspects used the  “vaccine in the sink” method to issue certificates to people who didn’t want a jab. It involves a health official pretending to administer a dose which is then throw away.

People paid between 250 and 300 euros for the counterfeit documents, prosecutors said.

Vaccine certificate forgery has flourished in Romania and Bulgaria, where there is widespread hesitancy about jabs combined with corruption in the healthcare systems.

Romanians need certificates or green passes _ that show they’ve been vaccinated or have had Covid in the last six months_ to go about many daily activities. Vaccine passes are mandatory to enter public buildings, shopping malls and restaurants.

The suspects were detained on suspicion of repeatedly taking bribes, making false statements and introducing false data into the healthcare system.

The fifth person is accused of being an accomplice to the repeated illicit activity.

Anti-corruption prosecutors said one of the nurses and the two healthcare assistants asked for and received the money Word got round about their activity and people contacted them through an intermediary, also a nurse employed by Bihor county health services

Suspects introduced people’s data into the electronic national vaccine system, even though they hadn’t been inoculated. They then received a paper confirming they’d been vaccinated and then a European Union digital pass.

Prosecutors said the suspects used two different methods: either a person turned up at the vaccine center but didn’t get as jab, or they didn’t go to the center and received a paper saying they’d been jabbed.

The second method was the most utilized, probably as it was harder to detect.

The intermediary sent people’s identity documents to the others via a telephone application and the data was introduced into the system. The vaccine papers were sent to the intermediary who then gave them to people in exchange for a bribe. 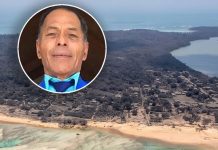