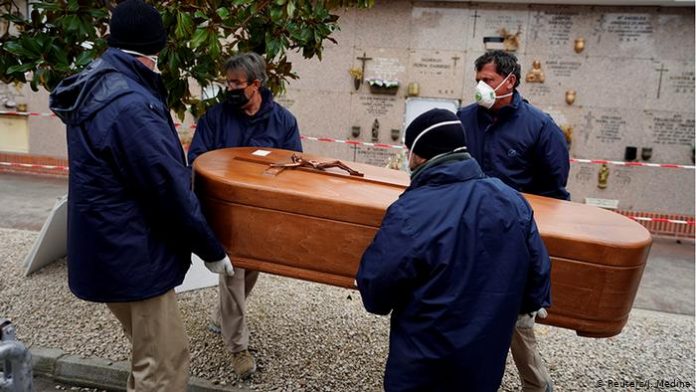 A Romanian man whose mother had been pronounced dead had the shock of his life when his mother began to move as she was being placed in a coffin.

Neighbors of the unnamed 76-year-old woman who lived alone in the village of Bratca near the Hungarian border got in touch with police on Thursday after she hadn’t been seen for a few days.

A police officer found the woman lying on the ground outside her house, face down. He pronounced her dead after he couldn’t find a pulse or any other vital signs. He called the family doctor who was unable to come to the house immediately to confirm the death.  He later called the woman’s son and grandson.

The next morning her relatives and neighbors were preparing to put her body in a coffin when she began to move her arms.

Her shocked son immediately called for an ambulance and she was transported to the Oradea County Clinic.

“The patient is an advanced state of hypothermia,” ambulance spokesman Liciuniu Venter told Adevarul.ro. “She is in the intensive care unit and she is in a stable condition.”

Hospital spokeswoman Luca Daina said she was conscious and not on a ventilator and would be transferred to a regular ward as soon as her condition allowed.

Police are investigating the case.