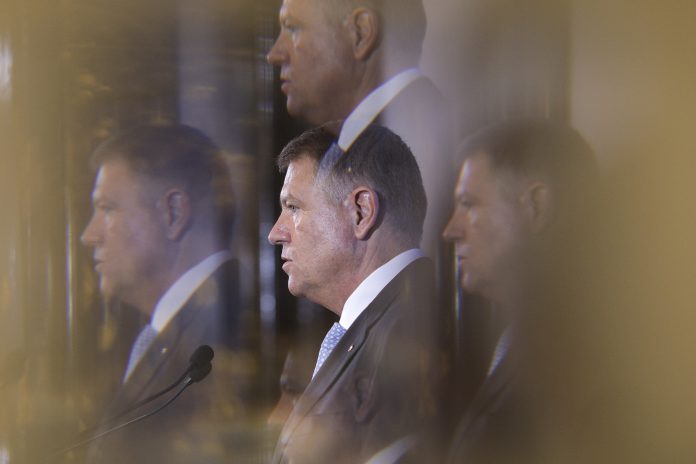 There are many things you can say about Romanian politics. High drama. Operetta. Scandal. And dirty tricks, which is another name for disinformation.

This week, the Social Democrats tried to pull off a ‘fast one’ on President Klaus Iohannis who is facing their candidate, the former Prime Minister Viorica Dancila, in the runoff.

Mr. Iohannis has been lashed on social media for refusing to take part in a head-to-head debate with Mrs. Dancila. On Wednesday evening, he called a press conference to take questions from a number of journalists. The exercise was designed to show that he was open to debate.

Largely speaking, it was a success. The president came across as assertive and competent and reasonably honest. If Mr. Iohannis had been accused of avoiding scrutiny and of shortchanging the media, here he was, open and ready to take questions.

There was one problem. The moment was too ‘normal’ to borrow Mr. Iohannis’ campaign message for his vision for Romania. So, as if on cue, a fake news item leaked into the press conference.

Since the president had started speaking, a photo had been frenetically circulating on social media, allegedly showing him wearing an earpiece. A journalist from Adevarul who was wondering what to ask the president, threw out his planned line of inquiry and asked Mr. Iohannis whether he was wearing a listening device. The idea behind the photo was that Mr. Iohannis was so ill-prepared that he needed someone to dictate answers for him. (When I saw it, I confess I wondered whether he had hearing difficulties or had left some cotton wool there)

Mr. Iohannis laughed. He didn’t have “cheat sheet” or „copiuta” on him, he said. An Inquam photo showed Mr. Iohannis’ left ear free from electronic devices.  It was almost as of Mr. Iohannis was waiting for the chicanery. He campaigns on a message that the Social Democrats behave in a “ticalos” or “dirty” way. Voila! Here was a ‘live’ example. Mayor Gabriela Firea and a former health minister circulated the post. Mrs. Firea removed the picture after it became clear it was fake.

Mr. Iohannis can seem like a schoolteacher in charge of a class of 10-year-olds. This was one moment. Cheating is_ or was_ rife in Romanian schools, and as a former physics teacher he must be familiar with it. Cheating and manipulation are cousins of corruption. So the trick was an own goal, although like all disinformation tactics, some will still believe it.

Romania is not the only country to employ disinformation tactics in politics:  Moldova, Russia and Ukraine use disinformation. It’s an un-European way of doing politics.

Even without dirty tactics, politics is tough and rough. Mrs. Dancila is quite unfairly called “stupid” not only by people who dislike her, but even by members of her own party. She may be taken to task for making grammatical and other mistakes, but she outlived and arguably outsmarted Mr. Dragnea, unlike Mr. Grindeanu and Mr. Tudose. She’s dispatched or sidelined Mr. Dragnea, Mrs. Firea, Mrs. Andronescu, Mrs. Birchall and others.

If Mrs. Dancila wants to be considered a European-style politician, she should publicly distance herself from these kind of tactics.