FIVE THINGS YOU NEED TO KNOW

Amid rising political tensions, Prime Minister Viorica Dancila  is facing a vote of no confidence on Thursday. It comes after the ruling Social Democrats lost their parliamentary majority and a month ahead of presidential elections.

In recent days, the Social Democrats have been trying to woo back members who defected when junior coalition partner ALDE left the government.  The party has promised to hike wages and other incentives to public workers and has offered billions of lei to local authorities for infrastructure projects in a bid to stay in power. President Klaus Iohannis who wants a Liberal-led government, blasted the Social Democrats for having “a government which is parallel with the needs for modernization of a European-type society in the 21st century.”

AUTHOR OF THE MOTION. The Liberal Party initiated the motion saying the government had lost 6.4 billion euros of EU funds, hadn’t built highways, and had passed an early parole law which allowed violent detainees to walk free who then reoffended.  The motion needs a simple majority, or 233 votes to pass. Liberal leader Ludovic Orban says 244 lawmakers will support the motion. Apart from the Liberals, the Union to Save Romania, the Pro Romania Party led by former Prime Minister Victor Ponta, the Alliance and Popular Movement Party, the Union of Democratic Hungarians and some lawmakers who hold ethnic minority seats will vote to topple the government.

IF THE GOVERNMENT FALLS?  Then it gets complicated. The government remains in place for a period. Orban says he wants early elections, something Romania has never had, and he will push for a Liberal-led government. Ponta says he wants to form a government with the Social Democrats without Viorica Dancila. The USR says it’s prepared to govern without the Social Democrats. There may be support for a technocratic government as parties are reluctant to take over from the PSD a year before parliamentary elections. Dancila will lose her job as prime minister and will likely have to stand down as part leader and presidential candidate.  It’s too late to elect another candidate and the party will likely throw its weight behind actor Mircea Diaconu for the presidential race.

IF THE GOVERNMENT SURVIVES? Dancila will have scored an important victory strengthening her hand in the November presidential race and increasing her chances of entering the runoff, something that is currently not guaranteed. Some members of her Social Democratic Party not wholeheartedly supporting her as they consider she got the job of premier and party leader due to circumstances, not merit.

WHAT KIND OF GOVERNMENT WILL TAKE PLACE? Nobody knows. The Liberals are the favorites if they can secure the votes. Some Liberals and Social Democrats may opt for a technocratic government, mindful of what happened in 2015 after Ponta resigned after the Colectiv nightclub fire. Dacian Ciolos led a coalition government nominally supported by the Liberals for a year and the Social Democrats regrouped under then-leader Liviu Dragnea and easily won 2016 parliamentary elections.

HOW WILL THE VOTE AFFECT THE PRESIDENTIAL RACE? If Dancila loses, she will be under pressure to quit as the Social Democrat’s candidate. If the party supports Diaconu, his chances increase though it’s unclear by how much. Iohannis remains the favorite for the Nov. 10 vote,  but there will be jostling for the second position.

AND… The day would not be complete without a protest outside the Parliament, organized by #rezist and others. 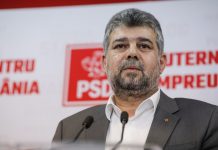 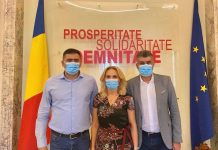 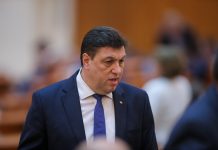