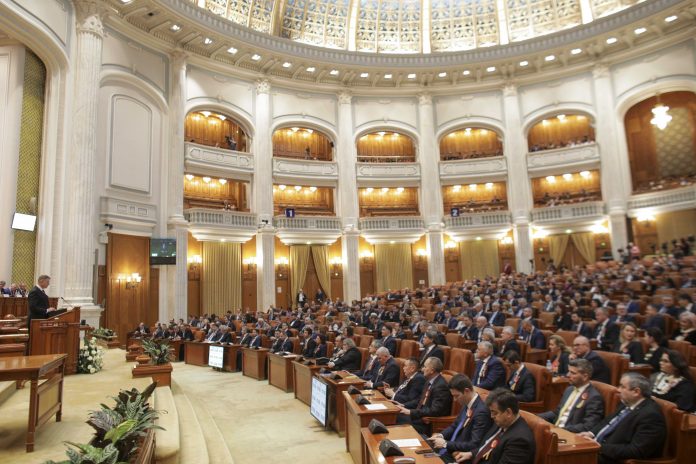 Romania’s president has sent a back a law on the legal framework for general elections objecting to a possible delay in the ballot which he said was motivated by political interest rather than concern about the pandemic.

The move increases pressure on the opposition Social Democrats and their allies who want to push back the election date to March.

But President Klaus Iohannis on Friday said the only legitimate reasons for postponing the vote, currently scheduled for December, were war, a siege or a state of emergency.

Romania is currently in the less serious state of alert due to a spike in Covid-19 cases. It held local elections on Sept. 27 and the Social Democrats lost seats, including in ‘safe’ areas.’

The minority Liberal government set elections for Dec. 6, but the Constitutional Court ruled that Parliament, not the government should decide what date the elections are held throwing the date into doubt.

Parliament passed a law saying lawmakers rather than the government should decide the date, which was set to the president to sign off on.

In the last 30 years, the government has set the election date and legislation approved by Parliament marks a change from that.

Parliament’s mandate ends on Dec. 20, and the Social Democrats and their allies are doing worse in the polls than the Liberals.

They would like to delay the ballot until March, which is possible legally.

But Mr. Iohannis argued against that saying: “Any intervention that could delay the vote for the two chambers could be an abuse of and cause damage to Romanian citizens voting rights,  especially those in the diaspora,” a statement said.

“In a democratic society of good practices, electoral matters are considered separate … and an analysis is needed any time there are legal modifications.”

“As we close to elections there is the strong presumption that the changes are designed to create an advantage for the political party that adopted them and their imminent interests, which could result in a manipulation of the electorate.”

Earlier this week, the president said elections were “fundamental for handling the pandemic, but also for the upcoming period, one of reconstruction, to have a new solid parliamentary majority.”

„The current majority is illegitimate, it has delayed and even blocked a series of measures to fight the pandemic. It has passed laws that will throw Romania into the worst economic crisis of the last 30 years,” he said.

Mr Iohannis said that after Dec. 20, the legislature would be hamstrung and could only pass certain laws.