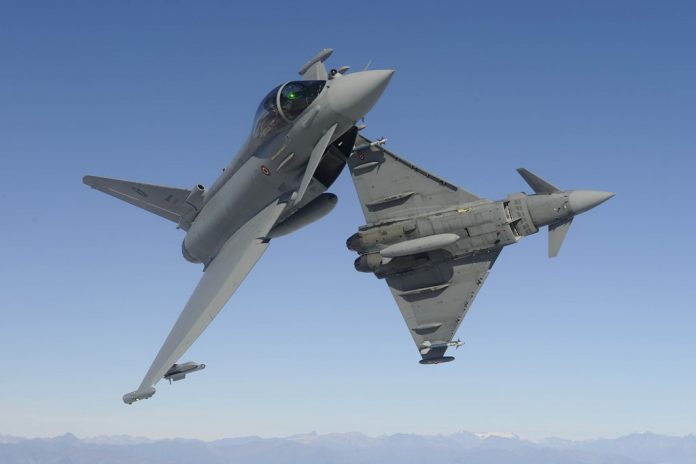 A Russian fighter jet which approached Romanian airspace over the Black Sea has been intercepted by two RAF typhoons, the defense ministry said.

The RAF jets are part of a Quick Reaction Alert (QRA) operation based in Romania with 121 Expeditionary Air Wing. They operate out of the Romanian Mihail Kogălniceanu Air Base near Constanta.

The RAF Typhoons on the NATO Enhanced Air Policing mission scrambled on Tuesday as the Russian aircraft was detected entering Romanian airspace.

The Russian Sukhoi Su-24  had not filed a flight plan and had not communicated with Romanian Air Traffic Control, Northern Scot reported.

Romania’s defense ministry said the aircraft was identified at around 10:50, when it was 40-50 km from the coast. The two British aircraft finished the air patrol by 11.30 and then returned to their base airfield.

RAF Pilot Flt Lt Jack said: “When the unidentified, though suspected Russian aircraft entered the Romanian FIR we were scrambled to carry out a visual identification.

“We were airborne within minutes and heading towards the track; it wasn’t long before we intercepted the aircraft and identified it as a Russian SU-24 Fencer.

„It had flown no closer than 20 miles from the Romanian coast before we intercepted it. We shadowed it until it left the FIR heading north east.”

The mission was coordinated by air traffic controllers of the Aerial Operations Center. The NATO center for Combined Air Operations Torrejon ordered the scrambling of the two Eurofighter Typhoon planes,” the defense ministry said in a statement.

Britain and other NATO allies that have been carrying out this mission on a rolling basis since 2017.

The UK has been providing QRA assistance in support of the Romanian Air Force’s own fleet of fast-jet aircraft since May.

Romania is equipped with MiG -21LanceR and the American built F-16 aircraft.