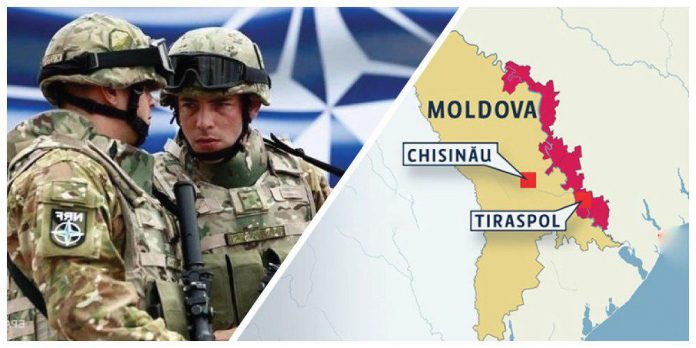 NATO Secretary-General Jens Stoltenberg called the presence of troops in a breakaway region of Moldova a breach of international law and violation of the country’s „territorial integrity.’’

“We see how Russia has deployed troops in violation of the wishes of different governments in our close neighborhood, how Russia has illegally annexed Crimea, how they continue to destabilize eastern Ukraine, how there are Russian troops in parts of Georgia, and also how there are troops in Moldova, in Trans-Dniester,” he said on Tuesday evening according to the NATO website.

His comments came days after incoming President Maia Sandu asked Russia to pull out its estimated 1,500 troops from the separatist Trans-Dniester region to be replaced by civilian monitors under the Organization for Security and Co-operation in Europe or OSCE.

Kremlin spokesman Dmitry Peskov warned that such a move could ‘destabilize’ regional security.

The troops were stationed there in the aftermath of a 1992 war where 1,500 died. Trans-Dniester broke away from Moldova in 1990 fearing that it would reunite with neighboring Romania. It is not internationally recognized, even by Moscow.

Russia promised to withdraw the troops at an OSCE summit in 2008 in Istanbul but has not followed up on the promise.

Mr. Stoltenberg congratulated Ms Sandu on her Nov. 15 win. “Moldova is a partner country of NATO. I look forward to meet her at some stage, because as a partner we, of course, appreciate also the cooperation with Moldova as a partner of our Alliance.

He spoke in Brussels at the end of a remote meeting of NATO foreign ministers.

Russia was one of the main topics at Tuesday’s meeting and the NATO chief said the alliance was adapting its “deterrence posture to address Russia’s destabilizing actions. At the same time, we all agree that we must continue to pursue dialogue with Russia.”

„We all agree that we must continue to advance negotiations with Russia. We also discussed the adjustment of NATO’s deterrent conditions against Russia’s destabilizing actions.”