President Klaus Iohannis on Monday said that schools and universities in Romania won’t re-open for the rest of the school year while the risk of coronavirus infection remains high.

Iohannis spoke after a government meeting about whether to re-open schools which were closed in March. He said officials had agreed there was a danger of pupils bringing the virus to school, or of infecting people at home after catching COVID-19 at school.

Stressing it wasn’t the moment to relax, the president reminded Romanians that there had been 700 new cases of coronavirus in the past two days. Some 11,336 have been infected with COVID-19 since the outbreak.

The school year ends on June 12. Schools and universities were suspended in March when a state of emergency was decreed. Pupils and students have taking lessons remotely. The emergency will finish on May 15, although restrictions will remain.

“Today, we decided that most classes at kindergartens, schools and universities won’t resume,” Iohannis said. “Pupils and students won’t physically return to their classes.”

Iohannis said students taking final exams could return to school from June 2-12, providing there was a maximum of  ten pupils in a classroom.

He said exams would be organized “respecting very strict rules of social distancing. They will go in one corridor, go our through another and (the area) will be regularly disinfected.”

He said other pupils would be marked by their teachers, “and in this way we avoid major risks.”

Since schools closed, some pupils have taken part in real-time video classes conducted remotely while others have learned from television.

The General School Inspectorate had proposed a staggered return to classes, with pupils in the 8th and 12th grade, who have exams, returning first. 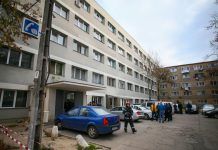 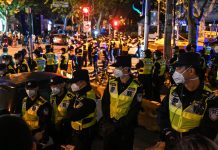 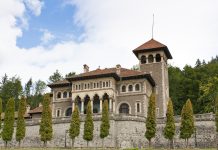