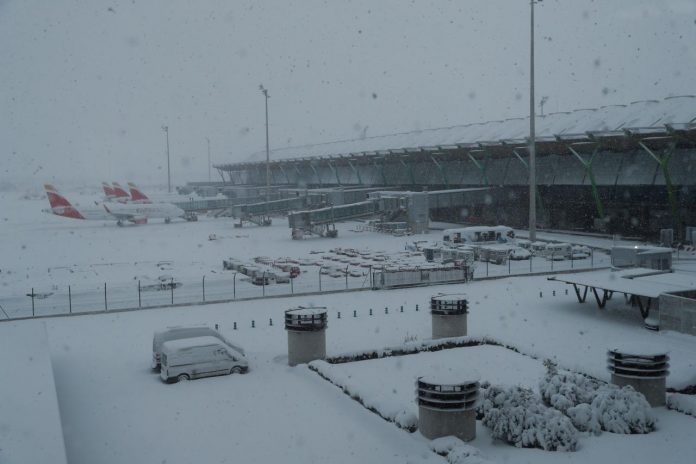 Premier Florin Citu said 164,000 Pfizer/BioNTech vaccines which were scheduled to arrive in Romania Monday morning have been temporarily  held up by the bad weather.

“I’ve spoken to the defense minister to see whether we can ship the doses,” he said.

He said the delay would not affect the vaccine rollout which is now in its second phase. Elderly people, people with chronic illnesses and key workers are currently eligible for shots.

The prime minister also said that AstraZeneca which was recently approved by the European Union has already begun arriving in Romania. Authorities will make appointments for that vaccine starting Wednesday.

„We will get almost 800,000 doses of AstraZeneca this month,” he said, The booster shot will be given two months later.

Some 163,800 doses of Pfizer BioNTech vaccines were scheduled to arrive Monday morning oin the capital, the northwest city of Cluj and the southwestern city of Timisoara.

A huge snowstorm hit Germany and the Netherlands on Sunday, bringing parts of the countries to a standstill

The airplane was unable to take off due to the snow.