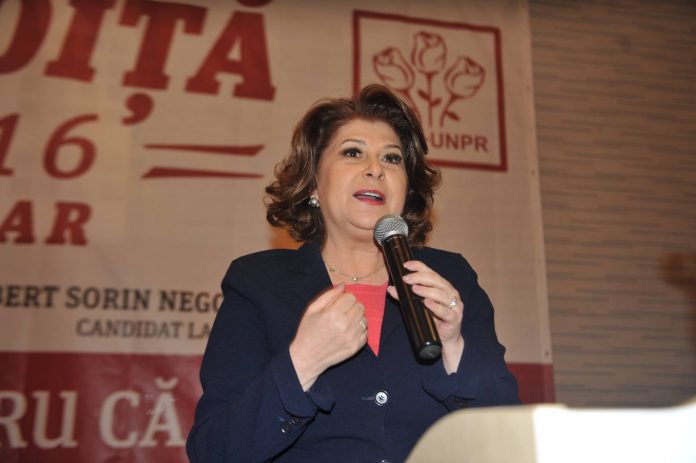 Rovana Plumb has had a successful political career by any standards. Elected to Romania’s Parliament in 2004, she became a member of the European Parliament in 2009 for the Social Democracy Party. She moved back to Bucharest after she was appointed environment minister and later became the labour minister. She was elected president of Social Democrats’ National
Council in 2015.

In the meantime, she held various other portfolios. In May 2019, Plumb, a graduate of Bucharest’s Academy of Economic Studies, was re-elected a member of the European Parliament, and then became vice-chair of the Progressive Alliance of Socialists and Democrats.
In early September, Prime Minister Viorica Dancila nominated Rovana Plumb to be a European Commissioner. And that’s when it began to unravel.

The European Parliament raised questions about Plumb’s suitability and integrity. She was called before the committee last week to account for two loans worth nearly €1 million that she did not declare in her original financial declaration scrutinised by MEPs. There was a discrepancy between what she declared in Bucharest and her financial statement to Brussels.

The committee in particular queried a donation of 800,000 Romanian lei (almost €170,000) she made to her Social Democratic Party through a loan from a “physical person operating professionally in the area of tourism.” The MEPs said it wasn’t clear how “this outstanding loan is to be paid back in an open and transparent manner,” according to a letter sent to Parliament President David Sassoli.

But Dancila stood by Plumb, or ‘Rovana’ as she called her. On Thursday Sept. 26, Dancila said: “Rovana still has my unconditional support,” adding that Plumb „unlike others, would always prioritise the European interests and policies that contribute to the consolidation of the
European project.”

On Monday, in a last-ditch effort to override concerns about her integrity, Plumb announced that the 800,000 lei loan that was standing in the way of the job as European Commissioner, would be repaid immediately after the creditor agreed to accept two apartments she owned in lieu of the cash. A creative and legal solution perhaps, but it didn’t convince the European Parliament.

On Monday, the European Parliament committee rejected the candidates for the new European Commission put forward by Hungary, Laszlo Trocsanyi, and Romania for a second time, declaring the two unfit to take office on the grounds that their financial affairs posed a potential conflict of interest. Last year, Plumb’s salary was 140,000 lei according to her declaration of assets. As well as the 800,000 lei loan, she has an €800,000 bank loan that needs to be paid back by 2030.

To most, her situation sounds complicated. Following Monday’s vote, Romania’s National Integrity Agency said it was investigating Plumb’s declaration of assets, Mediafax news agency reported. Allegations of corruption have long dogged Plumb. In particular, the Anti-Corruption Directorate filed a request to investigate Plumb and others over the illicit transfer of an island on the River Danube that was state property.

The land in question, Belina Island, was transferred to the Teleorman County council when she was environment minister, only to be leased to a private company controlled by the then Social Democrat leader Liviu Dragnea days later. The Chamber of Deputies rejected the request to lift her immunity in a secret vote and Plumb, who denies wrongdoing, was never probed
(Teleorman County Council subsequently handed Belina back to the state in November 2018 as per the initial agreement after the project failed to attract investors to rehabilitate the island).

But Plumb is a member of Prime Minister’s Viorica Dancila’s inner circle. If there is such a thing as “best friends” in politics, then Plumb is Dancila’s best female friend. (‘Best friends’ in politics often ends badly, see the case of former British Prime Minister David Cameron and Michael Gove whose differing views on Brexit and political ambitions ended that relationship).

Last year, when Dancila was relatively new to the job of prime minister and under fire for her lack of experience and occasional errors of speech, Plumb was the prime minister’s number one cheerleader, in public at least. I remember one high-level press event in 2018 with the former European Parliament president Antonio Tajani in Bucharest. Plumb stood with the press corps, a few yards from Dancila, almost cheering the prime minister on, giving her signs of
encouragement as she spoke. She seemed to be her no. 1 supporter.

Dancila would have been grateful for the support, and when the time came, she nominated Plumb as her choice for European Commissioner. Only friendship and political suitability are two different things.

Tiemo Woelken, a German member of the European Parliament’s Committee on Legal Affairs (JURI), stated that Plumb and Trocsanyi were simply „unfit to become commissioners.”

So how did we get here? We live in a different political climate than in 2007 when Romania joined the EU, but the rejection is still an embarrassment for the government. Beyond the immediate embarrassment, Plumb’s political career seems to mirror the way politics works in the region. The huge bank loan which raises questions about how it will be repaid, is similar say to the €3.2 million that Elena Udrea, the former tourism minister, borrowed from the bank and
other substantial loans taken by public figures.

A few months ago, Valentina Ursu of the Moldovan service of Radio Europa Libera described how lawmakers operate in the former Soviet republic in an article called ‘Pupaza de pe Blazon.’ Politics is “business with a guaranteed profit” she wrote, comparing Moldovan lawmakers to Scrat the “Ice Age’ squirrel who clings to acorns he has acquired even when the earth is literally
falling apart.

Ursu expressed surprise at the significant loans taken out by lawmakers and the high level of confidence and trust that banks and private lenders show when they hand over large sums of money to officials whose earnings do not appear to appear to cover repayment. In any case, Ursu wrote, the officials “may find themselves unemployed after the next elections.” But the author suggests that lawmakers won’t be jobless as the party will find them “a lucrative job’ even after they’ve left politics.

So, while Plumb may have missed the top job she was aiming for, she still has a seat in the European Parliament, and if she’s as fortunate as Moldovanpoliticians, she won’t have too much trouble finding employment when she returns to Romania.