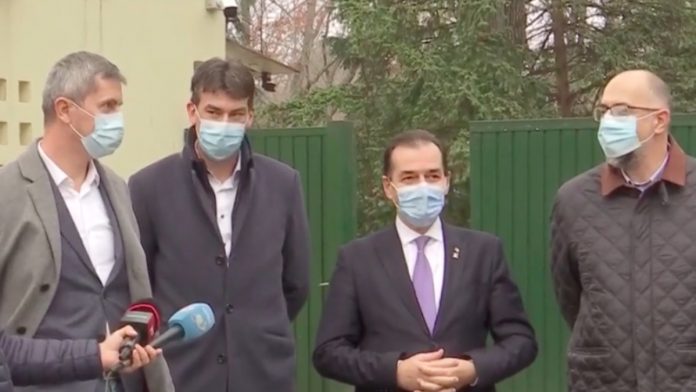 Three pro-European political parties in Romania have formally agreed on a new government with Finance Minister Florin Citu as prime minister and vowed to start a new era of modernization where “there is a hope of a better life.”

The agreement came after ten days of negotiations on the makeup of a new government following inconclusive Dec. 6 parliamentary elections.

Former Prime Minister, Ludovic Orban, chairman of the National Liberal Party who resigned after his party received 25% of the votes said: „We want to quickly give Romania a government that pursues reforms which can modernize the country.”

The center-right Liberal Party will head a coalition government with the Save Romania Union-PLUS group and a party that represents the interests of ethnic Hungarians.

The Liberals which governed with a minority government for a year came second in elections. The Social Democrats who won elections in 2016 came first with about 30% of the vote  but couldn’t find coalition partners.

The former prime minister, the two leaders of the Save Romania Union-Plus group and Kelemen Hunor, who heads the Democratic Union of Hungarians in Romania signed an agreement to govern for the next four years.

The new coalition will hope to bring stability to Romania which has had five prime ministers Romania has had in as many years. The former Social Democrat-led government which was dismissed in a no-confidence vote in Oct 2019 saw massive protests over moves to weaken anti-corruption laws.

President Klaus Iohannis will formally nominate a prime minister who will form a Cabinet which needs to be approved by Parliament.

The three parties have agreed on the future parliament speakers, ministers, prefects and state secretaries.

The parties also expressed concern about the low turnout for the parliamentary elections, the lowest since communism ended, a result of fear about the coronavirus pandemic and disenchantment with Romania’s political parties.

The new parliamentary speakers will be Liberal leader Ludovic Orban and Senate speaker will be Anca Dragu of the Save Romania Union, the first woman to hold the position.

Former Prime Minister Dacian Ciolos, who heads the PLUS group said the coalition would be “a beginning of modernizing” Romania.

Hungarian party leader Kelemn Hunor said Romania had been in a political crisis “for eight years, which meant 12 different governments…. the coalition want to govern in such a way that “there is hope for tomorrow and a better life.”

The Romanian government is trying to move fast with the COVID-19 vaccination campaign scheduled to begin after Christmas. The new government has to vote on the 2021 draft budget and implement reforms to revive the economy battered by the pandemic.