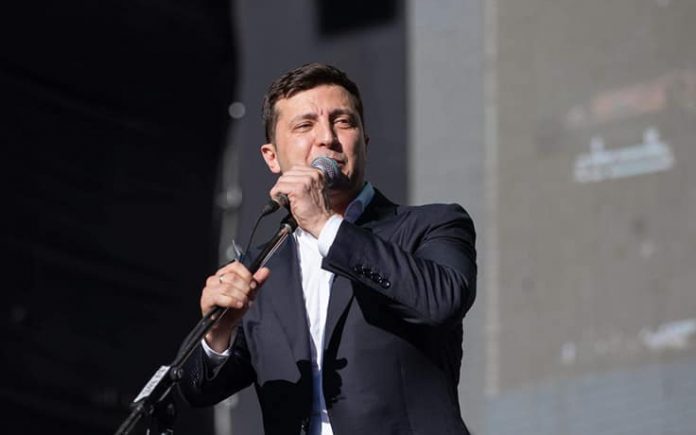 Zelensky made his remarks on Wednesday to mark Ukraine Unity Day, the day the country became a state 101 years ago.

“The age-old dreams, for which the best sons of Ukraine lived and died, have come true,” Zelensky said quoting from the Unification Act proclaimed in Kiev on January 22, 1919.

“In all corners of Ukraine this was met with enthusiasm: at last there was a chance to build a united and independent country. Unfortunately, it was lost. The ambitions of the then politicians prevented them from achieving true state unity.”

He recalled that leaders of the Ukrainian People’s Republic were forced to leave the capital under pressure from the Russian Bolsheviks.

Romania’s foreign ministry expressed „surprise” and said it had asked Ukraine for „clarifications” about the comments. It underlined „the necessity (to have) a correct understanding of history,” in a statement and said that state secretary Dan Neculaescu had met Ukraine’s ambassador to Romania, Oleksandr Bankov, on Thursday.

Bankov said he „sincerely regretted this unpleasant situation, which is the result of an incorrect translation and and baseless foundations.” He claimed that the Ukrainian president had used the word „had” and not „occupied” which he said had a different connotation.

Former Romanian Foreign Minister Cristian Diaconescu told universul.net that the statement was “bizarre and uninspired” taking into consideration Ukraine’s current security situation. He was apparently referring to Crimea that was annexed to Russia in 2014.

“I expected the new leadership in Kiev to be more rational in its approach to neighboring states, especially in the context of the grave problems it has,” he said. Ukraine needs friends in the region,” especially ones that have influence in the Euro-atlantic area, adding:”It should have a more discerning approach.”

Dan Dungaciu, a commentator on Moldovan and Romanian affairs, went further, telling universul.net that Ukraine was making an unjustified “historic mistake” to an “honest neighbor like Romania.”

„I hope this doesn’t become policy, and it was just some kind of accident,” he said.

Relations between Bucharest and Kiev deteriorated after the adoption of a language law in 2017 which made it harder for ethnic minorities to study in their mother tongue in schools.

Ukraine makes a distinction between Romanian and the so-called Moldovan language. Romania says this was a device used by the Soviets to artificially divide the two communities for political reasons.

Bukovina was under the control of the Habsburgs and the Austro-Hungarian empire from 1774 to 1918. After World War I, Romania took control over the region, also known as ‘the land of beech trees.’