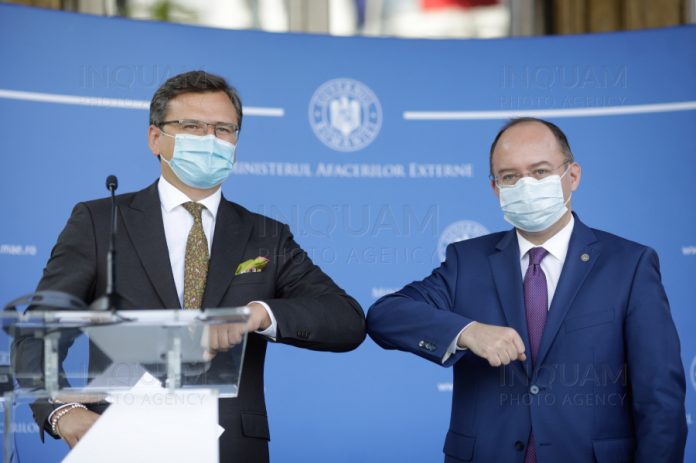 Ukrainian Foreign Minister Dmytro Kuleba says a law that makes secondary education mandatory in the Ukrainian language and has caused rifts with its neighbors won’t be implemented in Romanian schools in Ukraine for three years.

Romania and Hungary which have sizeable minorities in Ukraine are opposed to the 2017 law and would like to see minority groups receive all their school education in their mother tongue.

During his first visit to Bucharest, Mr. Kuleba announced Tuesday that the law “with Ukrainian teaching in Romanian schools has been postponed to 2023.”

“We are not planning to modify this law to suit other countries, but I can assure you that this law will be implemented so that Ukraine’s interests, and in this case, Romania’s interests will be guaranteed and respected,” he said at a press conference with counterpart Bogdan Aurescu.

„We have almost three years to adapt schools so the new law can be implemented,” he said.

The development is likely to be welcomed by Romania and on Tuesday, Mr. Kuleba also announced the opening of a consulate in the city of Sighetu Marmatiei, to serve Ukrainians living in Romania.

The treatment of national minorities is a key issue in bilateral relations between Romania and Ukraine. Both countries have a tense relationship with Russia and share security concerns about Russia’s activity in the Black Sea region.

Mr. Kuleba said the new consulate would “create access to quality services and become a tool for better cooperation with you to preserve our culture and strengthen Ukraine’s relations with Romania,” he said.

There are about 52,000 Ukrainians living in Romania according to the 2011 census, although Ukrainians claim there are at least 250,000.

About 60% of then live in Maramures county, where the new consulate will be opened. The Ukrainian community has one seat in the Romanian Parliament.

Kuleba thanked the Ukrainians in Romania for preserving Ukraine’s national identity, culture and traditions, and promoting Ukraine’s interests abroad and invited representatives to join the development of a new foreign ministry policy on Ukrainians living abroad.

On Saturday, Romania and Ukraine signed an agreement laying out the legal basis for military and technical cooperation between the two countries and simplifying public procurement in this area.

The agreement signed by Romanian Defense Minuster Nicolae Ciuca and Ukrainian Defense Minister Andriy Taran is aimed boosting the partnership to strengthen security in the Black Sea region, an area of growing friction with Russia.

Kuleba  spoke of that tension Tuesday and said Russia was “intensively militarizing” Crimea “even if you can’t easily see it.”

“You can feel the implication of this from the national security of your country,” he said. “I imagine you want to know to handle an aggressive neighbor. I have advice for you: act preventively.”