In recent years, the Romanian Television Station, TVR, has been managed by an internal board that was weighted in favor of the Social Democratic Party, the left-leaning populist group which was in office from late 2016 until 2019.

Following December parliamentary elections, however, a new center-right coalition has come to power.

Mr. Muraru who is deputy chairman of Parliament’s education committee, is the latest lawmaker to urge for a clean-up of the scandal-riddled television station which receives public funds.

He cited allegations of censorship, internal fights, financial scandals, news that favored the Social Democratic Party which was in office from 2016 to 2019, skewed coverage of the Liberal and other center-right parties, talk-shows that were „turned into Social Democrat propaganda,” suspicions about the misuse of funds and the marginalization of credible journalists, as well as political commentators who were  „dogged defenders of the PSD.”

„All of these need to be exposed by Parliament,” he said in statement on Sunday.

„What happened in recent years needs to be thoroughly investigated through a parliamentary committee specially set up for this.”

He said that journalists and freelancers at the television station should be able to officially present their grievances and not „have to talk behind closed doors.”

However, one prominent journalist at the station said calls to dismiss the current managing director Doina Gradea were akin to „censorship.”

Ionut Cristache who is the presenter of Romania 9 entered the media spotlight when he played table tennis in his studio studio with former Social Democrat Prime Minister Viorica Dancila who was a fan of the sport.

Its main channel, TVR1, has 99.8% coverage with TV2 covering 91% coverage. Although it has fewer viewers than the most popular private networks, it has wider variety of services such as international viewing and webcasts.

Paliamentary rules require at least 50 lawmakers on a committee that would look into suspicion of wrongdoing and political bias at TVR, which in theory is supposed to be politically balanced.

Mr. Muraru said the public needed to know about the level of censorship, political propaganda and „misuse of public funds by this institution” in recent years.

„The TV station had a shameless campaign in favor of the Social Democrats,” he claimed, ignoring news about President Klaus Iohannis and the Liberal Party or relegating it to the bottom of the news bulletin.

„Any political balance was overlooked in favor of a party that destroyed the rule of law, and planned to take Romania out of the EU, while in the last year, it sabotaged the fight to contain the pandemic by ripping apart all administrative and medical measures. „

This inquiry in „the supreme forum of democracy” would be yet more evidence that the new coalition is willing to bring checks and balances to public institutions and bring start reforms and send those who are guilty to be investigated,” he said. 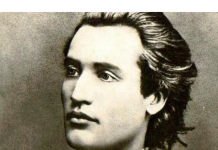 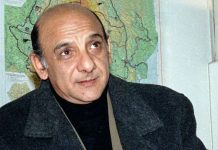 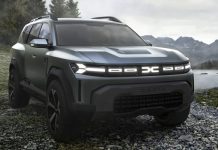