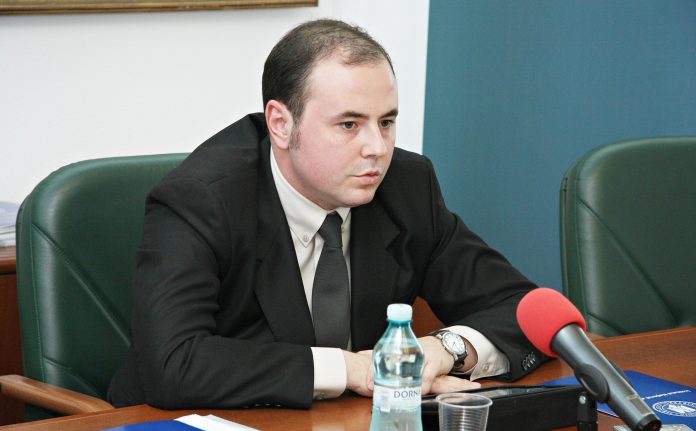 University professor and Liberal politician Alexandru Muraru was sworn in as a lawmaker in Romania’s Parliament on Tuesday taking the place of the environment minister who will take a job in local government.

Alexandru Muraru is the brother of historian Andrei Muraru who’s an adviser to President Klaus Iohannis. He was deputy leader of the Liberal Party in the northeast city of Iasi until Tuesday’s appointment to the Chamber of Deputies.

He was one of eight new lawmakers who on Tuesday replaced colleagues who were elected to local office in Sept. 27 municipal elections.

Mr. Muraru promised to be “an active, honest and committed member of Parliament.” He supports reforms to Romania’s current political class.

He is running for a seat in the lower Chamber of Parliament in Dec. 6 elections and is likely to be elected.

Mr. Muraru is an associate professor of political science at the Alexandru Ioan Cuza University in Iasi . He’s also an associate researcher at the Romanian Institute of Recent History.

He was invited as a professor to teach as a  Senior Fulbright at New York University for the 2019-2020 academic year.

He was an adviser at the prime minister’s office from 2005 to 2009, and general manager of the National Patrimony Institute from 2013 to 2014. He’s also published a number of volumes about royalty and King Michael.

Environment Minister Costel Alexe has been appointed chairman of the Iasi County Council.