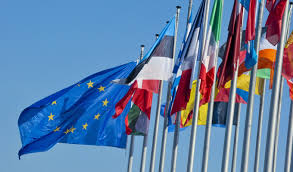 Politics arouses a lot of passion at times, especially local elections where mayors can make a big difference to people’s lives.

Since Romania joined the European Union in 2007, it has extended voting rights to non-Romanian citizens who come from EU member states.

EU citizens who are resident in Romania can vote in this Sunday’s local elections, authorities say.

Ahead of the vote, there was confusion over whether British citizens would be allowed to vote.

The UK left the political and trading 27-member bloc on Jan. 31 and will be finally out at the end of the year.  Romanian authorities didn’t mention the unique situation of British citizens in a document.

The British embassy on Friday said it was „aware that some of you have been told by your local authorities that you are eligible to vote in the upcoming local elections on Sunday.”

It said diplomats had „sought clarification of this issue from the Romanian government, as this is contrary to our understanding.The Ministry of Foreign Affairs has confirmed that UK nationals ceased to be eligible to vote in local elections after Jan. 31…. and may not vote in Sunday’s elections. „

The statement came after a number of British citizens inquired with local authorities and were told they were eligible.

Britain is currently in a transition period.

Not only can EU citizens vote on Sunday, they can also run for office in municipal elections. Dominic Fritz, who’s German, is one of 16 candidates running for mayor of the southwest city of Timisoara. Mr. Fritz is running for the centrist progressive group, Save Romania Union-Plus group.

EU voters are allowed to vote at the „specific polling station where the street or place of domicile or residence is located,” according to a document published by Romanian electoral authorities.

EU citizens who are registered as having their domicile in Romania are automatically registered with the General Inspectorate for Immigration.

It is not clear what documents they need to have with them to vote, but universul.net recommends they take identity papers and their registration certificate which includes their tax number, the CNP. In Romania, it is often wise to have more documents than you think you need.

Universul.net would like to hear from EU voters after the ballot, about their experience, and whether they encountered any problems.

EU voters appear on complementary voting lists, called “liste electorale complementare” in Romanian, which are permanent documents. These lists are drawn up and updated by local mayors in cooperation with  immigration authorities.

The list includes the full name of the voter, date and place of birth, country of origin, address in Romania and the electoral constituency he or she belongs to.

EU citizens have the right to check the details on the  complementary electoral lists, but that needs to be done 23 days before elections, so officially it’s too late now.

Some EU citizens however report they managed to check and make changes to the lists this week.