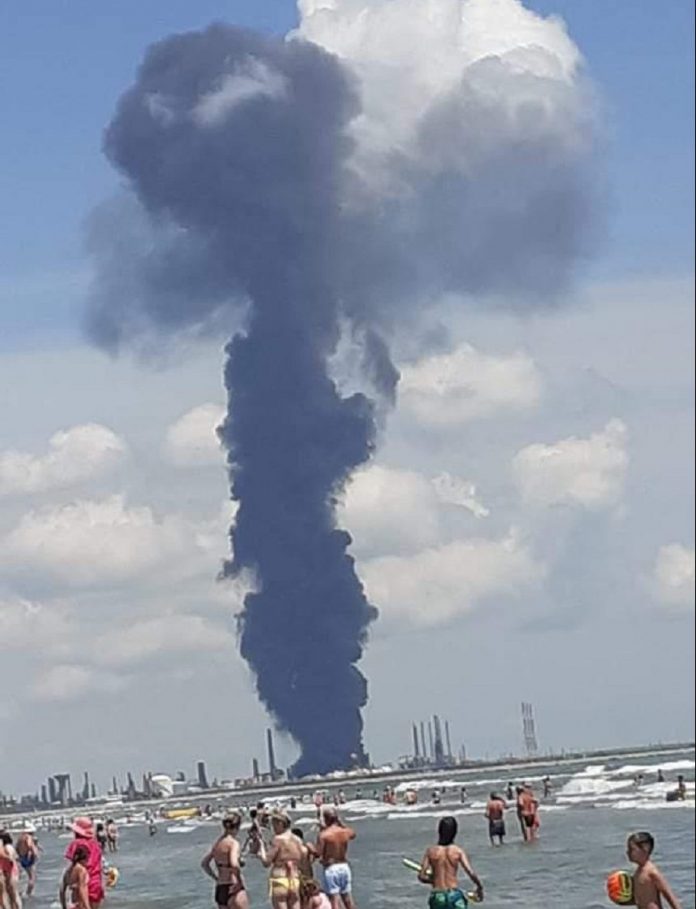 A blast on Friday at Romania’s biggest crude oil refinery killed one person and injured five others, authorities and the company that run the refinery on the Black Sea said.

Holidaymakers at a nearby seaside resort of Mamaia watched as plumes of black smoke billowed from the area next to the refinery. Some tourists reported hearing a loud bang.

Rompetrol Rafinare  which is owned by  KMG International said the explosion was inside the diesel oil refining installation. It said that processes had been halted safely.

A spokeswoman for the local emergency services Anamaria Stoica said the victims were aged from 30 to 50. Some were hospitalized suffering from burns, breathing problems and other injuries, she said.

A 32-year-old man who was reported missing was later confirmed dead, Raed Arafat, head of the Department for Emergency Situations said.

Dr Arafat said there was a reduced risk of more blasts as firefighters had managed to extinguish the fire hours after the blast.

Petromidia refinery is located in Navodari on the Black Sea, about 20 kilometers north of Constanta, Romania biggest port.

Environment Minister Barna Tanczos said a plume of smoke was heading out to sea not toward the shore. Some holidaymakers were on the beaches near the refinery, but the beaches weren’t crowded.

“We have a mobile laboratory to monitor air quality “, the minister said. “Reinforcements have been sent from other counties to Petromedia”.

Petromidia said it processed a total of 1.26 million tons of raw materials in the first quarter of this year. It has been running at 84% capacity.

VIDEO | Romanian businessman killed after his car exploded. Investigators suspect he was assassinated