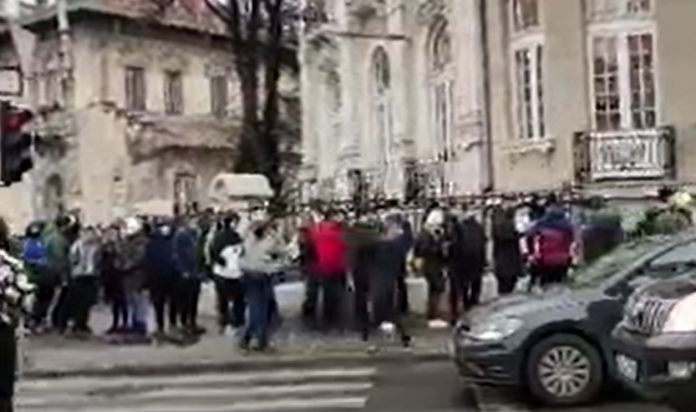 The owner of a new fast food restaurant drew a crowd of hundreds when he offered free burgers to customers on Monday.

But the freebie which saw a long line of young people queuing up for the fast food treat in downtown Bucharest, also cost him a hefty fine after it became a news story in Romania.

The queue which snaked from the Dacia Boulevard, into Piata Romana and on to a side street was so long that police arrived at the scene to calm the excited youngsters and ask them to not stand too close together.

Police later said they had fined him 10,000 lei (about 2,000 euros) for the crowd near his restaurant where many failed to respect Covid-19 distancing rules, a statement said.

The burger joint which advertises itself as “Making burgers great again” opened Monday and promoted the new business with the free burger offer and competitions.

The crowd attracted the attention of motorists and passers-by. Television journalists did live reports from the scene.

During the regime of Nicolae Ceausescu, food was rationed as the Communist leader exported foodstuffs and other goods to pay off the foreign debt. Long lines of people waiting for meat or milk were common with some people going out to queue in the middle of the night.