But not for long it seems.

Brasov Mayor Allen Coliban says he is suing the city’s parking operator in the central Romanian city after it apparently ran off with the parking meters.

Mr Coliban, who was elected mayor in September 2020, said the city council agreed to terminate the contract with P&P parking company due to a number of issues relating to customer service and the way the company operated the service.

Notification was sent to the company on May 13 and the city hall then waited for the parking meters to be returned, he said on Facebook.

As the requests were ignored, the mayor himself went personally to the offices, but found that they had been vacated.

„The company’s representatives ran away, they hid, like in a bad movie, probably hoping that they could avoid taking responsibility,” he said on Facebook.

“The ‘brave’… company ran away from the people of Brasov, but it can’t evade its responsibility. I had too much common decency and patience with the former parking operator,” the mayor wrote on Facebook.

He said the city hall was suing P&P for breaking the terms of the contract, bad faith. It will also ask for damages for lost parking fees.

Brasov is one of Romania’s top tourist attractions.

The city hall intends to manage the parking system itself and make changes that it says will benefit residents. “Our new approach is up-to-date and user friendly,” he said. “But however optimistic we are, it will take a few weeks until it’s operational.”

“We want to offer a quality service,” he added. Brasov has 10,000 parking spaces.

In related news, new passenger car registrations in Romania decreased 14.5% to 27,624 in the first four months of 2021 according to provisional data from the European Automobile Manufacturers’ Association, ACEA.

In April alone, however, new passenger car registrations in Romania was up 58.8% to 6,862 units, ACEA said on Wednesday. 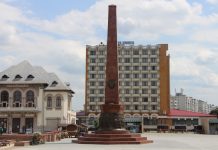 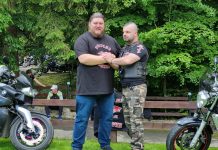 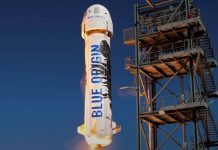