Romania’s transport minister says work is going “full speed ahead” on a suspension bridge across the Danube. The bridge is one of the most ambitious infrastructure projects in eastern Romania in recent years.

Cătălin Drulă  on Monday presented images of construction work on the bridge in the eastern port of Braila.

”Brăila Bridge – spectacular images … on land and water….  The project is moving full speed ahead,” he wrote.

“Work is progressing well both on the bridge and the connecting roads,”  he added.

The ambitious project will develop road infrastructure in Romania’s poorer and more isolated east. and connect it to other parts of Romania.

The bridge has been under construction since 2019. It will go from Braila, over the  Danube to the opposite bank in Tulcea county.

The two-kilometer bridge will have four lanes, and a combined bicycle path and pedestrian walkway.

It will be the  third longest bridge in Europe. It will improve road traffic fluidity in Braila and hardscrabble port of Galati, down south to Constanta.

Overall, it will improve road links between the major port of Constanta, and the wider Dobrogea region. That in turn will connect to the Muntenia region where the capital Bucharest is located.

Last month,  Mr Drula said the bridge and 10 kilometers of connecting roads would be opened at the end of 2022. The additional roads mean the bridge will be operational from the first day. 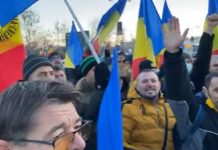