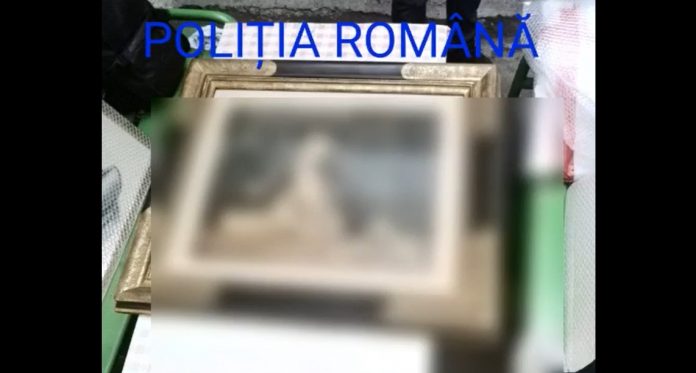 Romanian police have recovered 46 paintings that were stolen in the spring from Belgium, they said Thursday.

Police found the stolen artwork in Bucharest on Wednesday acting on a search warrant. The paintings were found in someone’s home.

No further details were available about the circumstances of the theft and recovery, such as where they were found and in what condition they are in.

Romanian police posted a 6-second video with the recovered loot, but the actual paintings were blurred.

The paintings were part of a larger lot 59 paintings that were stolen in Belgium in March. They are worth a combined 160,000 euros, a statement said. There were no details about the remaining 13 paintings.

Romanian police said that Criminal Investigation Service carried out a home search based on a European investigation order issued by Belgian authorities.

”During the inquiry, 46 paintings were identified and removed from a total of 59 that had been stolen. Belgian judicial authorities will continue the investigation,” the police said.

A year ago, Romanian police recovered a collection of rare old books buried under the floor of a house in northern Romania. They were stolen from a warehouse in west London in 2017.

The books, which included first editions of Galileo Galilei and Isaac Newton from the sixteenth and seventeenth centuries.

Rare books stolen in ‘Mission: Impossible’ heist by Romanian burglars, including works by Newton and Galileo, returned to owners